So it turns out Premier Klein’s not-so-sober visit to the Herb Jamieson Centre has had some good effects as well. Since being reported on the news, the homeless shelter in Edmonton has been “flooded with calls” by people who want to donate money, clothes, and time to the shelter. It seems strange how people are so willing to help with a cause so long as it’s been featured on the evening news. This also happens when the news has stories about injured animals – the S.P.C.A. routinely reports that they get hundreds of calls from people wanting to adopt that specific animal, but very few that go on to adopt one of the many other animals the S.P.C.A. winds up having to put down. In related news, Klein has managed to go to The Mustard Seed here in Calgary and serve Christmas Dinner without incident. Given the results at the Herb Jamieson Centre, I wonder if the managers of The Mustard Seed are happy or disappointed about that.

Why Health Care Must be Changed, the Million Dollar Spin

The Alberta Government is going to start a one million dollar advertising campaign (or information initiative as they euphemistically like to refer to it) as to the current challenges our health care system is facing. This is leading up to the report from the Advisory Council on Health that is scheduled to come out early this year. The recommendations from the Council will be used to help the government come to decisions on the future of Alberta Health Care. There has already been some concern raised about this report, considering that the Chair of the Council, Don Mazankowski, is also on the board of the Great West Life Insurance Company, and could stand to profit greatly if more health care services are moved to private insurers. Opposition critics have already begun criticizing the move as an exercise in propaganda, the money for which could have been better spent in health care services.

Environment Canada has released it’s annual top ten weather stories from across Canada. The number one story was the massive drought that afflicted the Prairies. Conditions were apparently drier than in the dustbowl of the 1930s, and worse, unless we manage to get an unprecedented amount of snowfall in the next few months, it looks like we’re setting up to have a repeat of the situation in 2002. The third top story is the number of record highs that were broken over the summer. The fourth deals with how close we came to being a nation covered in wild-fires, and the ninth story explains how the increasing heat is not just a freak occurrence, but part of a world-wide trend with this being the ninth warm year in a row for Canada, and its third warmest overall in the past fifty years of records.

With a new major in Environmental Studies being proposed for the Bachelor of Arts, we can only hope it goes through the process quickly. We may need those graduates in the not too distant future.

Personal Note on the AUSU Elections

Some of you may be aware that I had decided to run for election on the AUSU council. Unfortunately, it was brought to my attention that there is a potential for a conflict of interest between the Council position and my current employment with AU on the Virtual Helpdesk.

To avoid this, I am withdrawing my candidacy, but there are still a number of excellent candidates to choose from. These are the people who will be responsible for representing your wishes as a student of AU to those who make the decisions for us, and they are those who control the eight dollars we pay in for every course. It’s up to us to choose them wisely. 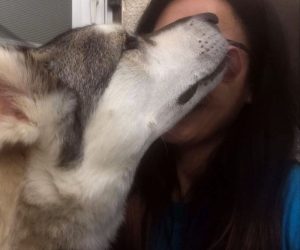