Articles
The Voice
From My Perspective – Trust 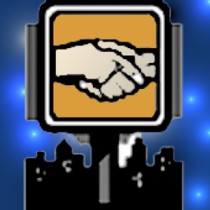 Trust is the foundation upon which all systems rely in order to function, whether it be trust between a husband and wife, trust between manager and employee, trust among members of an organization, or trust between countries. Ralph Waldo Emerson advised, “trust men and they will be true to you,” and Warren Bennis accurately observes, “Trust is the lubrication that makes it possible for organizations to work.” To distrust causes pain, as artist Paul Gauguin worded it, “I prefer to have too much confidence, and thereby be deceived, than to be always mistrustful. For in the first case, I suffer for a moment at being deceived, and in the second, I suffer constantly.” “What loneliness is more lonely than distrust?” states George Eliot, and 17th century French memoirist and philosopher, Francois duc de la Rochefoucauld supports this idea, stating, “It is more shameful to distrust one’s friends than to be deceived by them.

While I am loathe to disagree with these wise philosophers, trust, once broken, is difficult, if not impossible, to repair. Like many others, I have had the unfortunate experience of being deceived – by a spouse, by trusted family members, by employees, and by people I considered friends – and it is hard to find a more lonely, hurtful feeling. When you have been deceived by those you openly trusted, people you cared about and believed, people you have lived and worked closely with, mistrust can quickly become the only emotion you are able to identify with.

To many people, lying is a simple thing, and in reality most of us are not 100% truthful all the time. We may use the excuse that we are trying not to hurt people, and arguably this may be justifiable at times. There are some, however, who blatantly and callously manipulate those around them through their lies. Lying becomes easier the more you do it, and for many seasoned liars, they no longer differentiate between what is truth and what is a lie. Sociopaths become adept at lying and manipulating those around them for their own purposes, and many politicians come dangerously close to sociopathic tactics in an effort to achieve their own ends.

If you are optimistic, you tend to believe that lies can be forgiven and that betrayal of trust does not have to be permanent. Once trust has been broken between a husband and wife, sometimes it can be regained, but it takes a great deal of hard work, love, and commitment on the part of both to rebuild the relationship. Loss of trust in the workplace usually results in tensions that ultimately can only be resolved by firing the employee or manager who has behaved in an untrustworthy manner. Trust broken among friends is more complex to rebuild, and unless the friendship is truly valued by all parties, it is usually not possible to forget the deceit. If the deceit has occurred repeatedly, it is much simpler and healthier to lose the friendship – and I would argue with Gauguin on this point – constant deceit contributes more to constant suffering than does mistrust. Betrayal of trust ended my first marriage. Betrayal of trust by my former religion, a betrayal supported by my close family, sent me into a severe depression that almost cost me my life. Betrayal of trust has taken an extreme toll on me and my children emotionally and financially. Yet I still remain optimistic, ready to take people at face value, believing, as Emerson said, that if you “trust men they will be true to you”. I started this new year with the goal of trying to be more forgiving, to let the past go – only to be immediately confronted with betrayal at the hands of a person I considered a friend and trusted associate.

So I wonder, have I reached my limit? Should I now view everyone with the eyes of suspicion, always expecting the worst? Or should I continue to remain positive and optimistic, trying to see the good in people, trying to rationalize? I don’t have an answer right now. I do know that my resolve has been strengthened to keep a closer eye on my own behaviour. I’ve been guilty in the past of hurting those I love, and sometimes I’ve let friends down. It was never intentional, but that does not lessen the impact. When I hurt others, I also hurt myself. So I will focus on this and try to always be aware of how my actions will affect others. I don’t think I’m going to be as gullible and trusting anymore, but I will continue to do all I can to behave in a trustworthy manner and never betray those who put their confidence in me.

I will leave you with the words of Rudyard Kipling, adjusting the final line to reflect both ‘Man’ and ‘Woman’:

“If you can keep your head when all about you
Are losing theirs and blaming it on you,
If you can trust yourself when all men doubt you,
But make allowance for their doubting too;
If you can wait and not be tired by waiting,
Or being lied about, don’t deal in lies,
Or being hated, don’t give way to hating,
And yet don’t look too good, nor talk too wise:..
If you can talk with crowds and keep your virtue,
Or walk with Kings – nor lose the common touch
If neither foes nor loving friends can hurt you,
If all men count with you, but none too much;
If you can fill the unforgiving minute
With sixty seconds worth of distance run,
Yours is the Earth and everything that’s in it,
And – which is more – you’ll be a Man, my son!”*

*In the Neolithic Age, Rudyard Kipling. Oxford Dictionary of Quotations, 1979

The Writer’s Toolbox – The Splice is Right