Articles
The Voice
Review: The Fellowship of the Ring by J. R. R. Tolkien 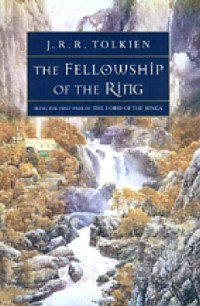 When I finished reading the Hobbit there was a week to go before the motion picture of J. R. R. Tolkien’s “Fellowship of the Ring” was due to open. I had my doubts that I’d have the time to reread the entire 400 pages of the Fellowship before I went to see the picture, but I decided to try, literally finishing the last page during the advertising before the movie began. Judging from the trailer that I had downloaded from the Internet, I was confident that this film version had a good chance of doing the book justice. The first and only other attempt to bring Tolkien to the big screen was the animated 1978 version by director Ralph Bakshi called “Lord of the Rings, Part One”. It was a disaster, universally reviled by Tolkien fans the world over, and I was no exception. The pressure on director Peter Jackson, the cast, and crew, to produce a quality product this time around was immense and I couldn’t wait to see if they had succeeded.

The Fellowship of the Ring (the first book of the Lord of the Rings trilogy) begins where the Hobbit ends, or 59 years later to be exact. Bilbo Baggins, the hobbit who found “the One Ring” beneath the Misty Mountains, is 111 years old and needs to retire. He bequeaths his hobbit-hole, personal possessions, and the ring, to his 33 year-old cousin Frodo Baggins and leaves to parts unknown. The unlucky recipient soon discovers”?with the help of the good wizard Gandalf”?that the ring is actually a receptacle of evil power, forged thousands of years earlier, lost, and sought after by Sauron (the epitome of evil and the ring’s creator). Should the ring find its way onto Sauron’s finger, Middle-Earth would be plunged into misery, slavery, and tortuous darkness.

The ring “wants to be found” by its evil creator, and Sauron “knows” that it still exists and that a Baggins has it. He sends forth the nine Ring-Wraiths to track down the ringbearer, kill him, and retrieve the One Ring of power. Frodo, and three hobbit comrades set off, against all odds, in an effort to elude capture and prevent Sauron from reclaiming his prize.

After many hair-raising adventures and near disasters, the four hobbits, with some aid from unexpected sources, manage to arrive at an elf stronghold called Rivendell. There a council is held to decide what to do about the ring. The magic of the ring makes it impervious to any form of destruction except its being cast into the fires of Mt. Doom where it was initially forged. It is decided that the ring must be destroyed but the mountain lies in the very land where Sauron reigns (Mordor) and so there lays the nearhopeless quest of Frodo the unlikely ring-bearer. A fellowship is formed consisting of the four hobbits, Gandalf the wizard, Legolas the elf, Gimli the dwarf, and two men”?Aragorn and Boromir. “The company of the ring shall be Nine; and the Nine Walkers shall be set against the Nine Riders that are evil”. And so the fellowship sets off to deliver the ring to its destruction in the land of Mordor.

None of the group goes unscathed on their journey and they are still far from Mordor when their company is sundered by the forces of evil. The fellowship is ended but all is not lost; Frodo still possesses the ring and he continues his quest with only Samwise to aid him. This is where the Fellowship of the Ring, first book of the Lord of the Rings trilogy, ends.

I know from past experience that motion pictures based on books are never the same as their literary predecessors and I prepared myself before I went, determined to let the movie stand or fall on its own. Even though I am very familiar with the tale, I was still on the edge of my seat throughout. The filmmakers kept true to the basic premise of the book and the special effects are spectacular. I left the theatre in awe and plan to see it on the big screen again (very unusual for me). The film is very graphically violent so young children should not attend. I am likely biased in that I am much more of a book-reader than a movie-goer, but as much as I enjoyed the show, the book is a vastly more detailed and fulfilling journey into Tolkien’s imagination than the movie. In condensing the book into a screen-play, many of the subplots were changed, rearranged, or left out altogether (the barrow-downs, Tom Bombadil, etc:).

I highly recommend both the book and the movie. The movie-goer who enjoys the show and has yet to read the book would greatly expand on their experience by reading the Fellowship of the Ring after the trip to the theatre. The literary Tolkien fan should not hope to see the book laid out word for word in a visual reproduction, but expect the movie to be excellent in its own right. The second part of the Lord of the Rings trilogy, the Two Towers, is projected to be released in the theatres in December 2002. I am going to wait to reread that book until then and I hope, and expect, to have just as much fun revisiting Tolkien’s world as I have had with the Fellowship of the Ring. 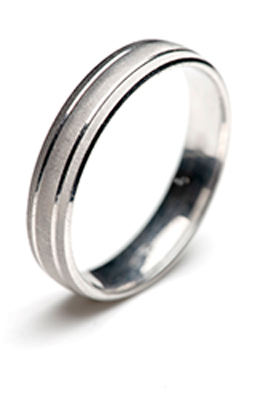 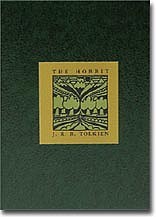