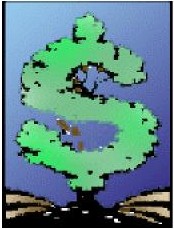 Last week I commented on a recent court case involving eight members of the Horse Lake reserve who were convicted of numerous charges of sexual abuse against young female relatives. In the process of researching the article, I discovered something about this particular reserve; something that led me to think that perhaps the sexual abuse is part of a much bigger issue – that of absolute refusal to be held accountable.

Given the closely intertwined family connections and internal pressure for victims to remain silent, the incidents of sexual abuse did not come to light until recently, although they have been occurring for decades. In this particular instance, all involved agreed that rather than seek jail term as punishment, focus instead should be on community healing.1 At the October 2001 Conference for Student Judicial Affairs, I had the opportunity to hear Judge Tony Mandamin of the Peacemaker Court of T’suu T’ina Nation speak. He spoke of the difficulties the traditional justice system has created for natives and described the genesis of the concept of restorative justice. The concept itself makes sense, certainly more is accomplished when we put our focus on healing and positive initiatives rather than strict crime & punishment.

But the Horse Lake reserve has another dynamic added that brings into question not only the appropriateness of the use of restorative justice, but also what kind of harm the policies of our government’s Indian Affairs Department is doing to not only natives, but to Canada as a whole.

Many of us are familiar with the haunting images of the glue-sniffing children of Davis Inlet who begged to die rather than continue with the hopelessness of their existence. The perception of isolated, impoverished natives, damaged by centuries of unjust government policies and residential schools, caught in a cycle of welfare and substance abuse, is a common one. For psychology students, it is a perception that tears at our hearts and moves us to try and find ways to help repair the damage.

The Horse Lake reserve, however, is not an isolated, nor impoverished one. In March, 2001, under the leadership of Chief Robert Horseman, a land claims settlement (http://www.ainc-inac.gc.ca/nr/prs/j-a2001/2-01117_e.html)was negotiated with the government in the amount of $125,315,000 (seventy percent of this compensation is attributable to the Kiskatinaw natural gas deposits under the former reserve lands near Fairview, Alberta).

Just before this claim (the richest out-of-court land claim in Alberta’s history) was finalized with the 360 band members, another 100 people came forward, alleging that they had been unlawfully and unfairly removed from band membership. These people insisted that they deserved a portion of this heritage, and have launched a judicial review in Federal court, alleging unlawful negotiations. The charge is being led by Verna Smith, who although a beneficiary, believes that many have been unfairly excluded. Ms. Smith also insists that band leaders are overpaid.2 Just how much do they make?

Last year Chief Horseman received a salary of $439,425. As a status Indian working on the reserve, his earnings were tax-free. His two band councillors received $414,500.3 The “Director of Special Projects” earned $435,000. A comparison to the salary of Alberta Premier Ralph Klein helps give us some perspective – Mr. Klein earned $121,596 last year.3

Unlike the wages of other public companies and executives, those of native bands are not subject to public release. By law, only band members are allowed to access this information. Journal writer Paula Simons commented on this, stating that “we only know how much (Chief) Horseman made because someone at Horse Lake sent the information to us, anonymously.”4 The Government of Canada has given the Horse Lake reserve the amount of $125,315,000. Not only do the leaders have no accountability to the Government for these funds, they have no accountability to band members either. Apparently this reserve has no bylaws and no structure that allows band members input into how this money is spent. According to Simons’ article, last year the band spent $2,340 on daycare, $300 for a prenatal nutrition program, and cut its solvent abuse program from $2,625 in 2000 to $0 in 2001. At the same time, they spent $23,932 for a golf tournament, $7,019 on a demolition derby, and band councillors had a combined travel expense of $84,000.

Incest has been called a crime of secrecy. Obviously the Horse Lake reserve has taken the whole concept of secrecy and turned it into an industry. Is it any wonder that a man who would rape and sexually abuse small, defenseless young girls, nieces, granddaughters – would also have no compunction at abusing the financial resources of the community he leads?

Some relatives of Chief Horseman and the others charged have tried to allege that these accusations are motivated by greed on the part of band members who have been excluded from their financial inheritance. The sheer magnitude of the charges belie this argument – 50 charges involving 8 men and 34 victims is not likely a fiction.

The victims have agreed to community healing instead of jail time. But unless accountability becomes the number one priority, nothing will change. Powerful men will continue to abuse those weaker than themselves, whether they be little girls, or community members at large. And the Canadian government? If they continue to simply throw money at the problem without demanding an accounting, nothing will change. We all have a stake here. The Horse Lake reserve is arguably an extreme example, but the whole concept of land claims, Department of Indian Affairs, and financial accountability are issues that the government should be taking a hard look at. The Canadian government is in the process of negotiating hundreds of native land claims, claims that will result in huge sums of money being paid out – without any assurance of accountability – not to the government, not to Canadian taxpayers, and most importantly, not to the individual members of the native communities themselves.

Every Canadian should be concerned about how our tax dollars are being spent, and every Canadian should be vigilant when it comes to innocent children who become victims of powerful men who refuse to be held accountable for their actions. And what of Robert Horseman himself? He has pled guilty to several of the charges and received a conditional sentence of two years less a day to be served in the community. He has been barred from the Horse Lake reserve for the next 11 months; forbidden unsupervised visits with children under 16, except in his immediate family; and must perform 120 hours of community service. His victims, on the other hand, have received a traumatic, emotional life sentence, one without $439,425 to cushion the blow. 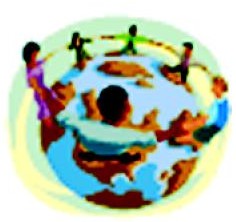 From My Perspective – Employment and Ethnicity