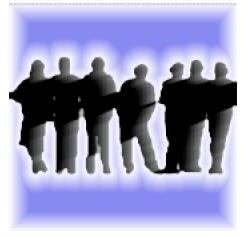 EDMONTON (CUP) — A proposed bylaw that would give the University of Alberta’s student union greater control over the finances of some independent campus student organizations is drawing fire.

The student union is proposing the establishment of four committees that would oversee student groups that collect more than half their operating budgets through direct student levies. Under the bylaw, if a student group failed to meet standards set by the board, its funding could be frozen.

The bylaw was prompted by a recommendation to shield the student union from possible legal consequences. A legal opinion prepared by Edmonton lawyer William Shores advises the student union to outline a clear framework for its control over groups that operate independently of the union, such as the Student Legal Service Fund and the newly formed Alberta Public Interest Research Group (APIRG).

Currently, the student union collects fees from students and distributes these funds to the independent groups. However, the report says the union’s collection of these dedicated fees holds them legally responsible for any misuse of student dollars. It also says the current system violates the union’s founding principles, outlined in the province’s Universities’ Act.

“Dedicated fee groups that were operating up until this point completely outside of the SU are the direct responsibility of the SU,” said student union president Chris Samuel, adding that these groups must be scrutinized in the same way as groups with direct student union affiliation.

Samuel countered suggestions that the bylaw may be heavy-handed by saying that boards are not intended to interfere with the daily business of affected groups. “We are not saying that we don’t trust these groups to operate independently, these groups cannot act independently according to our ability to collect fees under the Universities Act,” said Samuel.

Some members of the student union’s council have condemned the proposed bylaw as overbearing and unnecessary. The bylaw has since been tabled.

Brian Loewen, a student councillor for the faculty of law, said the proposed measures give the student union too much control.

“[It is] a terrible bylaw, flawed in so many ways,” said Loewen. “Each dedicated fee group was created with a specific duty of purpose. The SU should work in partnership with these groups.”

Calling for council to appreciate the value of freedom of political process, Loewen warned against not adhering to decisions reached through referenda. As well, he warned that approving the bylaw would give “power to boards that are ill-defined. Who knows what boards and councilors would do in years to come.”

Executive members of the union say the proposed bylaw isn’t a move to exert control over the groups.

“This is not a creation of new powers,” said Amy Salyzyn, a student union vice-president. “The legal opinion is to assert the position of the SU. The virtue of us [collecting] fees is that we have power to take the funding away. This bylaw is an appropriate accountability mechanism. If we could all use our common sense, we could appreciate that.”

According to the bylaw, the oversight committees would each “develop and [oversee] the administration of the process by which the funds of the dedicated fee unit are allocated,” and also develop a bylaw “outlining the administrative practices” of each group. If outlined provisions “are not met to the full satisfaction” of the board, it would have authority to recommend to council that all funds to the group be frozen.”

The bylaw’s opponents refute the student union’s claims that the Universities Act forbids permanently binding referenda, arguing that since the act allows the student union to decide how the union’s council is formed, including as a direct democracy, it must logically also allow for binding decisions through referenda.

Dan Lazin, former editor-in-chief of the university’s student newspaper the Gateway, notes that the legal opinion is only one interpretation and called on the union to seek a second opinion.

Councillor Shawn Harriman said that without a more thorough legal opinion, councillors could not judge their real powers or the bylaw’s implications.

Samuel is reluctant to accept the idea of going to another lawyer.

“We already have a lawyer. The only final legal opinion will come from a judge. Perhaps we will have to present this to a judge and seek a final legal decision.”

Bequie Lake, the representative for APIRG, told council that she appreciates the intent of the bylaw, but thinks it goes too far in assuming responsibility. She believes the student groups would benefit from a more independent relationship.

“I have to say that the bylaw takes powers away from the boards of each dedicated fee group and places them in the hands of the proposed oversight boards, which may not have any specific expertise on the issues that the groups would be concerned with. “Taking control the way the bylaw proposes would make the SU more accountable than it needs to be for decisions made by groups.”

Editorial – What Do We Stand For?