Articles
The Voice
THE MOVIE REVIEW! 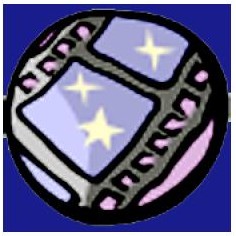 This movie is a disappointment to the entertainment industry and to viewers worldwide. Previews and advertisements depict the movie as an interesting remake of the original Dr. Seuss story, and something that the whole family can enjoy. Instead the movie is boring, and production is so sad that you almost want to cry.

Jim Carrey’s performance is uncharacteristically poor, and absolutely out of character. This movie could be considered a good children’s film, but adults looking for a good time would be more suited to reading a book about ancient castles of England! After watching the movie I phoned the cable company and demanded my money back!

Legally Blonde is the next Blockbuster special. A captivating movie about a young lady, torn by love by the young man that dumps her with the excuse that she “just isn’t the right material for a senator’s wife!” Elle, the heroine of the story, packs her bags and heads to Harvard Law School to prove that she IS the right material for a senator’s wife. As Elle struggles to fit in with the snobs and intellectuals, she discovers that she just might have what it takes to be a good lawyer. Saving the day, Elle realizes that her ex-boyfriend doesn’t have the right material to be HER boyfriend, and finds herself the type of man she really desires.

Legally Blonde demonstrates the theory that a person with enough determination can do anything that they want to, and that each person has something that they can offer.