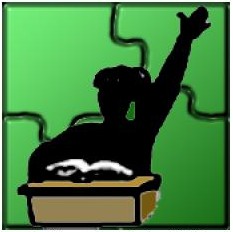 Perception is its own form of reality, and the public’s perceptions concerning the postsecondary system and the K-12 system are quite different. A report from America’s “National Centre for Public Policy and Higher Education” explains why.

The report, “Doing Comparatively Well: Why the Public Loves Higher Education and Criticizes K-12” by John Immerwahr came out in 1999, and examines and analyzes public attitudes towards the two systems. It finds that the general public strongly supports higher education even though the K-12 system is thought of as having serious quality problems, and that these “sharp differences in attitudes towards the two education levels have important implications for public policy.” Surveys in the report show that the general public knows a great deal more about the K-12 system than they do about the postsecondary system in areas such as how they are funded and what goes on inside them, and analyses suggests that this is a reason why criticisms of K-12 tend to stick, and criticisms of postsecondary bounce off. Another reason is that attendance in public K-12 is easily and freely accessible whereas access to postsecondary is more difficult. One has to be good enough or rich enough to get in and this increases the reverence that the public has for postsecondary. Because of this reverence any quality problems in postsecondary education are generally blamed on the high-schools for doing an inadequate job of preparing students for college work.

Are these American perceptions the same here in Canada? Here in Ontario, perhaps these similar public attitudes have had an enormous effect on public policy. Great amounts of political effort have gone into trying to reform the K-12,13 system and it may be argued that the last provincial election was won because of these efforts and the controversy they produced. However accountability actions towards the postsecondary system have been weak and were made basically only to appease the provincial auditor. An Ontario socialist group called “People for Education” fights for funding for public education and relentlessly criticizes the conservative government for the high student failure and drop out rates its new curriculum has produced in the high-schools. However when it comes to the postsecondary system “People for Education” criticizes the conservative government only for not funding enough new spaces for the double cohort of students that will soon be graduating together because of the deletion of grade 13. They mention nothing about the high student failure and drop out rates that have existed in the colleges and universities for years. Their only concern with postsecondary is access.

Immerwahr’s 1999 report finds however that business leaders criticize both K-12 and postsecondary systems equally, and the report ends off by suggesting that general public attitudes may eventually come to criticize quality in higher education as well. Last summer, an inquest into the death of a teenager at Sick Kids Hospital in Toronto put partial blame on nurses training at the University of Toronto. In the year 2000 university rankings issue, Maclean’s ranked U of T as number one in the Medical Doctoral category. It’s latest issue back in November 2001 ranked U of T again at number one. Obviously perceptions aren’t changing yet.

Cathy Thompson is an education activist and Athabasca University lifelong learner who lives in Ontario with her husband and their dog.