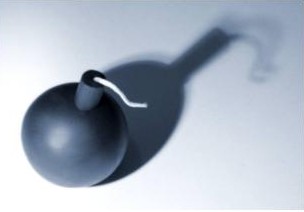 “The question is not whether there will be war, because a proxy war on India has been continuing for decades,” said Rajanikanta Verma. “The question now is: will India’s action result in the end of the proxy war?”

“India has publicly declared its commitment to no first use of nuclear weapons,” he said.

“Thus, there is no danger of engaging a nuclear conflict in our part. “We all hope that nobody in Pakistan will be so irresponsible and suicidal as to even think of using them.”

While dismissing the possibility of a nuclear confrontation, Verma said: “India has run out of patience and has decided that it will not put up with cross-border terrorism.”

The high commissioner said India’s determination to stop terrorism is the impetus behind the current tension with Pakistan. Denying accusations that the situation is being made worse by reluctance to talk, Verma said India has always been open to dialogue.

He expressed concern, however, that “it is futile to talk while one side uses it only as an exercise in public relations and as a cover for continuing its covert aggression.”

“Known terrorists must be handed over and the training and financing of terrorism must be stopped,” said Verma.

Although Musharraf has banned terrorist groups from Pakistan, Verma accuses the banned organizations of having “simply shifted their headquarters and acquired new names.”

In recent months, both India and Pakistan have moved troops to the border of the disputed province of Kashmir. Kashmir, a primarily Muslim province in overwhelmingly Hindu India, has long been a point of contention between the two countries.

Although Verma claimed that the current problem is terrorism and not the dispute over Kashmir, he noted there has been increased Pakistani pressure to address the problem of Kashmir first.

The speech was sponsored by the university’s Indian students’ association and the National Association of Canadians of Origins in India.

International News Desk – At Home: Ottawa couple warns about plan to get the lead out – In Foreign News: Pakistan students vow to defend against aggression