Articles
The Voice
A Bug In Your Ear: Letters

Any comments, suggestions, feedback, or submissions may be sent to Tammy Moore, Editor of The Voice at tmoore@ausu.org. Thanks for your writing contributions and support. I look forward to hearing from you all!

LETTERS TO THE EDITOR:

Good points, well done, and thanks for saying thanks. Today’s society is in one large hurry, rushing around, and without time to think of others. I for one did fill out the course survey form, for two reasons. First, I did want to show both the university and the tutor how much I appreciated the course and the assistance I had received. The second reason was selfish, in a way, to score a few points for my tutor, as she informed me she tutors one other subject on my list – I got used to her style and liked it.

Debbie Jabbour’s article: From My Perspective: Saying Thanks, brought back a time when I didn’t say thank you. My grandson was lost in a shopping mall, panic had obviously set in quickly. As I was running through the mall, peering into every store, nook and cranny, a woman came up to me and said, “If you are looking for a little five year old boy he is in the bookstore, the clerks are entertaining him, safe and sound.” With that news I tore off towards the bookstore and found him safe and sound. You can well imagine my relief. Then I stopped dead in my tracks. I frantically looked around for that woman, she was gone. I never did get a chance to say thanks, and I have never forgotten that day, or my mistake. Thanks once again, Debbie, for the reminder…

In Fed Watch, Karl Low says the following: “After his last cabinet shuffle, some Liberal members have taken the Prime Minister to task for the lack of women on the new Cabinet. Out of 39 members of Cabinet, only 8 are women. To have an agency devoted to international development trying to teach other nations how to go about gender equality when our performance in our own government is meagre at best smacks of hypocrisy.”8 out of 39 is 20.5% so if women make up 50% of all Ministers, this would perhaps be a cause for concern. However, there are 62 women members of parliament out of 296 (should be 301 but 5 seats are currently vacant). 62 out of 296 is 20.9% Therefore, the proportion of female to male cabinet members is almost exactly the proportion of female to male members of parliament. So what is the complaint? Looking just at the Liberal party, there are 39 women out of 168 members or 23.2%. To meet this same proportion, 9 out of 39 Cabinet members should be women. Based solely on proportional facts, I don’t think the PM did too bad. Where is the hypocrisy? I think we should be more concerned about the qualifications of Cabinet members than their gender.

If Mr. Low’s concern is that only 1/5 of the members are female, that is a completely separate issue. If there is not a more even split between male and female members in the House of Commons, that is because we as citizens have not voted for them. This is called democracy.

Mr. Low’s comments, similar to concerns voiced by other female MPs, are not logical and do more to harm the gender equality issue than to support it. As a woman and a Canadian citizen I would not want anyone in a prominent government position just because they are a certain gender. I want the person that is most suited to the job. (I realize that this rarely happens but that is a problem with our system and unrelated to the gender question).

I would be interested to hear comments to this argument.

I read the recent article entitled, ‘How About A Student Strike?’

Although his idea is interesting, to what end?

If there is a cost of an education, who if the student’s don’t want to pay their fare share, will pay the rest?

As a taxpayer I get a little tired of hearing about how the government needs to spend more money here, and more money there. The people asking for this increased spending have a vested interest in having the money spent in their areas, because they will profit from it. What we need to ask is why spend the extra money when we do not know if we are getting the best value for the money already being spent.

In the instance of the Athabasca University how do we know the tuition fees and tax grants are being spent effectively. We have a portion of our fees being invested in a virtual university idea with the majority of the investment having been lost.

What ever the amount we as students pay for our educations through our tuitions, we must know that it does not cover even 20% of the entire and true cost of our education. There is only one pocket for the money to come from it is in our jeans. So when you ask for more money from the government to be spent on something to lower the fees we pay, it comes from us in the end.

Can we afford as taxpayers to pay anymore taxes for yet another group that wants the government to increase funding.

More advice on how to email your tutor… 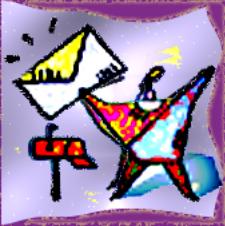 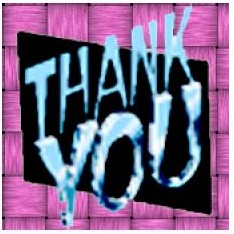 From My Perspective – Saying Thanks