VANCOUVER (CUP) — The B.C. government announced Monday it will no longer regulate college and university tuition fees, putting an end to a six-year legislated fee freeze and giving universities authority to increase fees to any level they wish.

The province’s Advanced Education Minister Shirley Bond acknowledged that most students wanted the government to keep fees frozen but said doing so was “not realistic.”

“We need to be concerned about the long-term future and the issues around access for students in this province, and that’s what motivated our decision,” Bond said.

Although student groups had predicted the government would allow institutions to raise fees, most said they were stunned by yesterday’s announcement.

“We firmly believe the government should play a regulatory role in education,” said Erfan Kazemi, president of the student association at the University of British Columbia. “I’m disappointed and alarmed that there’s no regulation.”

Kazemi said the deregulation of fees in Ontario has proven unsuccessful and shouldn’t be repeated in B.C. Fees have soared in a number of post-secondary programs in Ontario since the province’s Conservative government deregulated tuition fees in professional and graduate programs in 1998.

Summer McFadyen, B.C. chairperson of the Canadian Federation of Students (CFS), said the government’s announcement sends a clear message to students that colleges and universities are a place for the wealthy.

“I think students are outraged, and it’s shocking what the government has done,” she said. “There’s no other way to view the increase but as a direct attack on people from regular families.”

But Bond said the province will continue to provide assistance through projects such as the student loans program.

“It’s a challenge for students, but we believe that students should invest in their postsecondary education,” said Bond. “Our government already helps just about 70,000 students a year and we’re going to continue to help those students in need.”

The province’s faculty associations are calling on the government to guarantee that no student will be prevented from attending a B.C. university because they are unable to afford tuition.

Robert Clift, executive director of the Confederation of University Faculty Associations of B.C. said he felt it was unfair for the province to shift the burden of a funding shortfall onto the shoulders of students.

But according to Don Avison, president of B.C.’s University Presidents’ Council, an end to the tuition-fee freeze will benefit students.

Avison said he felt tuition levels were best decided at the university level, where the issue could be discussed by boards, students, senates and faculties.

“It’s certainly a positive announcement from the perspective of the University Presidents’ Council,” said Avison. “This is an issue that the university presidents have been talking about to government for a number of years now, and what I am encouraged by is the recognition of the autonomy of the boards of governors at each of the universities to address the issue of tuition.”

“It’s a matter now to be decided and : developed locally, and I think that’s the right place to do it,” said Brian Sullivan, a UBC vice-president.

“The announcement was, from the university’s point of view, a welcome vote of confidence in the ability of institutions to work with their communities to come up with an approach to setting tuition that’s fair and will help assure the quality we all need,” Sullivan added.

Rumours had circulated that Bond would make a decision on the tuition freeze last week, but the official announcement was not expected until Feb. 19, when the provincial government releases its budget.

Sullivan said UBC is planning to increase fees for undergraduate programs to the national average of $3,580 over the next three years. Undergraduate students currently pay an average of $2,181.

A University of Victoria pre-budget report that was leaked to the media last week showed officials there are planning to double fees over the next several years. 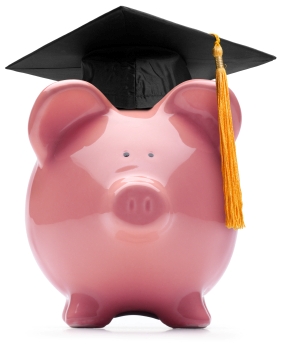 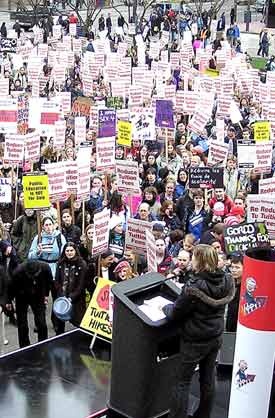