The bourgeoisie has stripped of its halo every occupation hitherto honoured and looked up to with reverent awe. It has converted the physician, the lawyer, the priest, the poet, and the man of science, into its paid wage-labourers.
Karl Marx and Frederick Engels, “Manifesto of the Communist Party”
From the 19th century

Educators and doctors and social workers today – as did priests and lawyers formerly – gain legal power to create the need that, by law, they alone will be allowed to serve. They turn the modern state into a holding corporation of enterprises that facilitate the operation of their self- certified competencies.
Ivan Illich, “Useful Unemployment and Its Professional Enemies.” In Toward a History of Needs
From 1978

Two very opposite ideas about the value of professionals in our society, the 19th century communist version sees professionals as deserving of our great respect and the 1978 Illich version fears the professionals’ power over us.

Ralph V. Barrett and Diane E. Meaghan, both professors at Seneca (community) College in Toronto (1) used the Marx and Engels’ quote in a paper they delivered at a communism conference in Cuba. As postsecondary teachers they place themselves among those professionals deserving of our reverence, and in their paper they, as does York University professor David Noble, portray postsecondary administrations as evil “bourgeoisie” representatives whose goal is to “proletarianize” teachers as they bow to government funding cuts to colleges and universities. This “proletarianization” takes place as postsecondary administrations attempt to transform their colleges and universities from the so-called teaching-centered model to the learning-centered model. The learning-centered model changes the role of the postsecondary teacher from that of “sage on the stage” to one of “guide on the side.” Technologies both old and new are to be used in this transformation, technologies that are being sold by the capitalist enterprises.

Social philosopher Ivan Illich’s distrust of professionals is also premised in his “deschooling” essays (2). Using education as an example, he argues that educators and their systems have hijacked learning by insisting that learning on one’s own is unreliable, and that it can only take place within a “school” under the watchful eyes of lecturing teachers and system caretakers. Illich also argues that the expense and ineffectiveness of these systems is unsustainable, and is harmful to the world’s social and economic well being.

It is a perversion of Marx’s theories when educators use them as a call to action in their fight against the use of technology in education because it is exactly this resistance that has exacerbated the unemployment and poverty that Marx sees as inevitable in a capitalist society. In the Ontario community college system only 13 percent of injured workers successfully complete their state-supported engineering programs, with the rest being cut off their Workers Compensation payments and left to fend for themselves. It is the poor quality in the teaching-centered environment that is causing this poverty. The advent of low-cost VCRs that came out in the early eighties should have revolutionized education, making it better and more affordable for everyone. Is the fact that change didn’t happen a testament to the truth in Ivan Illich’s writings? Or perhaps there’s also a Marxian self-fulfilling prophesy at work here.

(1). http://www.senecac.on.ca/quarterly/CQ.html/HHH.082.S98.Barrett.html
Ontario community college “instructors” are now called “professors” because in the early nineties they demanded the title change during a province-wide strike. Ostensibly the purpose of this change was to gain increases in their power, income, and status. Does this kind of behaviour give more credence to Illich’s distrust of professionals?
(2). http://philosophy.la.psu.edu/illich/deschool/intro.html

Cathy Thompson is an education activist and Athabasca University life-long learner who lives in Ontario with her husband and their dog. 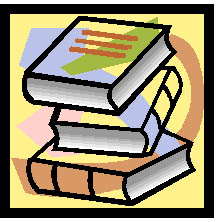