Articles
The Voice
Review: A History of Canadian Wealth by Author Gustavus Myers 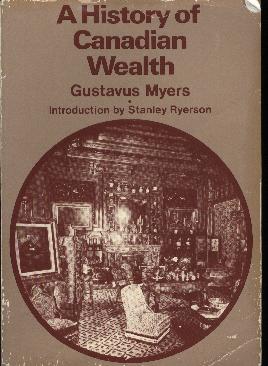 A History of Canadian Wealth was first published in the United States in 1914 and was not published in Canada until 1972. This is not surprising considering the abundance of well-documented corruption and abuse of power by Canadian government officials that Myers exposes in this book. Gustavus Myers, an American, was born March 20, 1872 and died December 7, 1942. That he can be viewed as Canada’s first social historian of the radical socialist perspective is ironic to say the least. Myers published over a dozen volumes in the beginning of the twentieth century, sharpening his skills on the three volumes of History of the Great American Fortunes (1909-10) before turning his eye to Canada’s less than noble beginnings in A History of Canadian Wealth. Unfortunately, for the first half of the last century, Canada’s scholars largely discounted Myers’ works as unimportant; more recently, it has been given the respect that it is due as a great work of the study of Canada’s early political economy.

Myers was a meticulous researcher, and even his detractors could not dispute his facts, only the perspective from which he interpreted them. A New York Times review of this book published July 5, 1914 states “Mr. Myers’ books are recommended only to admirers of the muck-raking1 school, because only they believe that the masses are poor because of unwillingness to imitate the vices attributed to the rich. That doctrine is the root of much envy, hatred, and uncharitableness, and it is noxious rather than meritorious in its effects. This is said without disparagement of the apparent effort of Mr. Myers to be accurate. His facts are not denied, but his inferences from them will not be admired generally. All he says may be true, and yet there are offsetting facts which compensate for the blemishes disclosed” (emphasis mine).

The book is a riveting account of the pilferage of Canada’s natural resources, the disgusting exploitation of its native peoples and immigrant workers, and the misuse of public funds in order to line the pockets of Canada’s early elitist class. Many of Canada’s early figures that are spotlighted in our mainstream history books come out looking markedly different when depicted with Myers’ pen. The book examines individuals such as Lord Selkirk, Sir John A. Macdonald, and Laurier as well as corporations such as the Canadian Pacific railway and the Hudson’s Bay Company among many others.

In contemplating the staggering amounts of money stolen from the Canadian public, one must consider that the pecuniary amounts written about in the book are tabulated in 1914 dollars. Therefore, the hundreds of millions of dollars pilfered would equate to billions in today’s money. I recommend this book to anyone who is interested in Canada’s early history and who would like to read about it from the perspective of a left leaning outside scholar.

(1) A muckraker was a name applied to American journalists, novelists, and critics in the first decade of the 20th century who tried to expose the abuses of business and corruption in politics. 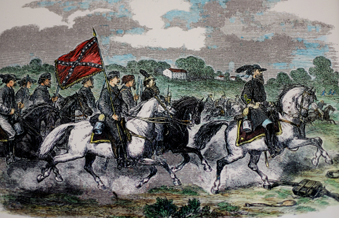 Course Introduction – HIST 209: A History of the World in The 20th Century: I