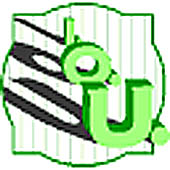 ST. JOHN’S (CUP) — The Canadian Federation of Students says the federal government’s student-debt reduction program is a sham and has helped just a handful of people.

The national program, part of the government’s 1998 Canada’s Opportunity Strategy, is an education plan that provides financial aid to students. It gives university graduates extra funding to offset their student debt.

According to CFS national chair Ian Bokyo, the program takes students on the basis of post-graduation income. The lower a student’s income is, the better their chances are for acceptance.

However, Boyko says the program’s wage requirements are too low.

“Quite simply, the government has set it up so that the eligibility tables for the program are so incredibly strict that next to no one can qualify,” he said.

Boyko worries the program will help fewer and fewer people as time passes.

Jean-Michel Catta, a spokesperson for Finance Canada, challenges the CFS’s claims. “I don’t know where their numbers are coming from, but they’re not the numbers we have,” he said.

Catta says the program is growing. In its first year, the debt reduction program helped 146 applicants, he said. The next year, he says it invested over $2 million into 467 applicants.

“It is being used, increasingly so,” Catta said. “Numbers keep going up. It does meet a need.”

There are no plans to change the way the program operates, he says. The government may try to promote it more, though.

“It may be that we need to do a bit more, to that effect,” said Catta.

Boyko remains unsatisfied. Debt reduction is not even the best way to approach student financial problems, he says.

Instead, the CFS would like to see a national system of needs-based grants. This involves distributing unconditional sums of money to students who are in financial need.

Catta says replacing the loans system with a grants program wouldn’t be feasible. Canada faces a number of different priorities, he says, and student debt is just one of several things the federal government has to deal with.

“The government’s approach is to focus on those who need financial assistance,” he said.

Boyko, however, says the government needs to take a stand on the debt problem immediately.

“Students can’t wait any longer,” he said. “We need something to address the crushing debt load.”

Canadian Fedwatch! News Across the Nation…