Articles
The Voice
Suicide Versus Acne 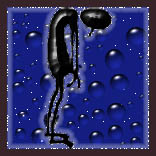 Suicide or acne? Which would you pick? It’s an easy choice for most people, but those who suffer from severe forms of acne, may choose the more extreme of the two: suicide. In fact, sixty-six people taking the acne drug Accutane have committed suicide, and 1,373 others reported psychiatric side effects. If this is how many incidents were reported, imagine how many incidents actually exist?

Accutane is a drug used to treat severe causes of acne. It has been marketed for this purpose since 1982 and an estimated 12 million patients have used it (FDA records, Dec. 2000). The first reports of its connection to depression and suicide came in 1985. Thirteen years later (1998) the FDA advised doctors who prescribe Accutane to monitor patients for signs of depression. Also in 1998, requests were made for patient-information pamphlets to be issued regarding the possible link between Accutane and depression.

The knowledge of the potential danger became widely know when the son of Congressman Bart Stupak, who was well-liked and a high school football player, shot and killed himself after a prom night party.

Rep. Stupak is now quite involved in the fight against Accutane. He reports “We are up over 100 reports of suicide, that’s just what is coming in to us, so I believe there are probably over a thousand cases.” He explains of the suicidal effects of Accutane, “The average time is 88 days from when you start taking it, and the effect is very sudden:you’re doing strange things at 3 am and you’re dead at 7 am.”

In early 2001, the FDA announced that consent forms would have to be signed in order to issue the drug. The new consent forms urge patients to watch for signs of depression, such as feelings of sadness, irritability, unusual tiredness or appetite loss. However, an attempt to find research of the drug on the Internet pulls up numerous offers to purchases the drug with or without a prescription.

The drug’s maker, Hoffman-La Roche of New Jersey funded a study two years ago that found no link between to drug and suicide. They suggest that people with severe acne may be more prone to suicide.

However parents of the deceased adolescents argue that their children were happy and successful before taking the drug, and after discontinuing Accutane. A teenage girl who had attempted suicide while on the drug regrets her decision saying, “I would have been a really pretty corpse.” The benefits of Accutane may be worth it for some, but when presently faced with the choice between Acne and Suicide, many agree that life isn’t long enough to worry about what you look like.

If you suffer from any symptoms of depression, please contact your doctor or call 911, someone WILL get you help.

From My Perspective – Understanding Suicide, Part One