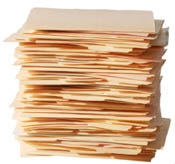 OTTAWA (CUP) — After months of delay, the federal government released two policy papers on skills and innovation last week.
Despite the pre-release hype, student and faculty groups are unsure of the effect, if any, the papers will have on post-secondary education.

Jim Turk, executive director of the Canadian Association of University Teachers, said the papers, particularly the one released by Industry Canada, have little substance.

“It’s by-and-large a weak paper,” he said. “I cannot believe that [Industry Minister Alan] Rock takes any pride in this piece of work.”

The two discussion papers, released jointly by Human Resources Minister Jane Stewart and Rock, have been in development since the last federal election.

Originally conceived as a single paper, the project was recently divided into two separate documents, dealing with skills and learning and innovation separately. Also, the paper had been initially designed as a “white paper,” a more-formal discussion paper including project costs and financial commitments; however, they were redesigned as “green papers,” essentially discussion papers with no specific fiscal commitments.

The lack of financial commitments did not concern Robert Giroux, the president of the Association of Universities and Colleges of Canada.

“We think that this dialogue they’re starting and the targets that they’re giving will set the stage for a long-term vision and then at each budget the government will add to it in very substantial terms,” Giroux said.

The innovation strategy emphasizes university research as a means to achieving the federal government’s goal of placing Canada among the top five countries in the world in terms of research and development.

“We need to promote research not for its own sake, but to take new ideas and put them into practice in our industries and businesses,” said Rock at the press conference releasing the papers.

However, Turk is concerned about the emphasis on the commercialization of research in the paper.

“[The paper] has an inflated notion of the extent to which university research can solve the economic problems of the country,” said Turk. “Secondly, there is insufficient recognition that what proves to have commercial value is basic research that would never have been funded if it had to pass a commercial screen.”

“[Industry Canada] sees the path to innovation as basically giving up public funds for private gain,” said Ian Boyko, national chair of the Canadian Federation of Students.
The paper also recommends that the federal government cover part of the indirect costs of federally funded research.

Giroux, whose association has lobbied for the funding of indirect costs, was pleased with announcement but said that the government must commit to funding both the teaching and research functions of universities.

“It’s important that the base of universities [sic] be properly funded to do all these things,” he said.

The Industry Canada paper also puts an emphasis on graduate students proposing to increase the numbers of Master’s and PhD students by five per cent per year through 2010. The paper calls for increased financial supports for graduate students and more international recruitment, including the establishment of a scholarship program “of the same prestige and scope as the Rhodes Scholarship”.

Boyko was critical of the proposed scholarship.

“There is no support among student for creating more merit-based scholarships,” he said, adding across-the-board increases in operating grants to universities should be implemented before attempting to attract international students.

However, Arbuckle was positive about the proposal, calling it a “novel idea”.

“It shows a commitment to compete, what we’ve always been trying to encourage, being one of the top countries in terms of post-secondary education in the world,” said Arbuckle.

Turk welcomed more support for graduate students, but said that must be accompanied by increased transfer payments to the provinces.

“I’m delighted that they’re putting money into graduate scholarships, but if they’re not increasing funding, it’ll all get gobbled up in increased tuition fees,” he said.

The skills and learning paper had less in terms of specific commitments and, at the strategy’s release, Stewart stressed that the paper is launching a process of consultations which will culminate in a national strategy.

“Canadians say they want a national agenda, in which all governments work cooperatively together,” she said, adding that the policy would be “inclusive” and address the needs of specific groups, including aboriginals, low-income Canadians and the disabled.

CASA is looking forward to consultations with the Minister to flesh out the details of the skills strategy.

“The paper is less specific targets, but more end goals,” said Arbuckle, who added that CASA would be pressing for changes to the Canada Student Loans program.
The paper offers few concrete proposals except for changes to student assistance programs for part-time students and facilitating the transfer of credits. However, the paper does establish a goal of having 50 per cent of Canadians with some form of post-secondary education.

Student leaders were pleased with the apparent recognition in that paper of the effect that high tuition fees have on participation rates. The report cites a recent Statistics Canada report that shows that university participation rates are twice as high among high-income Canadians than lower-income families.

“We’re satisfied that HRDC has now acknowledged the problem with accessiblity, but there’s no step forward in terms of accessibility,” said Boyko, who called the papers’ messages “contradictory”. “There was nothing really for students to look forward to except for more rhetoric.”

Stewart said she recognizes concerns about accessibility and will attempt to work to improve the government’s student assistance programs.

“We recognize the language that students have been using, the in context of sticker shock, and whether low-income Canadians are not moving into post-secondary education just by virtue of seeing that [tuition] number,” she said. “We need ,,, to look at the tools in place now to support those who want to and need to go on to post-secondary education : and to expand the tool-base.”