Articles
The Voice
From My Perspective – Pain 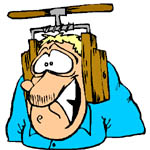 Physical pain is part of the human experience, yet it is a highly subjective one. Each person responds differently to a pain stimulus, and one cannot judge the degree of physical pain another is feeling – although it may appear obvious when another person is in pain, understanding the severity of such pain is subject to the individual’s personal description. There are individuals who claim to be able to endure extreme pain levels, while others respond to the smallest pain stimulus with intense discomfort.

Pain relief is also, therefore, subjective and individual. What works for one person does not always work for another. While scientists have discovered a variety of drugs that have proven effects on the brain’s pain mechanisms, these do not work unilaterally for all pain sufferers.

There is an unfortunate school of thought regarding pain – that it is better to endure as much pain as possible before seeking relief. There may be valid reasons for this; for example, many women in labour try to avoid analgesics out of concern for the well being of their unborn child. Unfortunately, for many, seeking pain relief is considered a weakness in character. This ‘macho’ mentality is also seen in the idea that chronic pain sufferers should not be prescribed painkillers because they will become addicted. In spite of myriad evidence that when drugs such as morphine are taken to relieve extreme pain levels they do not create addicts, this philosophy underlies the way many physicians treat patients, and the way many people view pain management.

A recent article in the New York Times stated, “chronic pain suffered by more than 33 million Canadians and Americans robs people of their dignity, personality, productivity and ability to enjoy life” (http://www.nytimes.com/2002/01/22/health/anatomy/22BROD.html ). According to medical journal Lancet, pain changes who you are. Chronic pain is “an extended and destructive stress response”, and neurochemical changes caused by persistent pain “perpetuate the pain cycle by increasing a person’s sensitivity to pain and by causing pain in areas of the body that would not ordinarily hurt”(1).

The article further points out that chronic pain is “seriously undertreated, largely because doctors are reluctant to prescribe and patients are reluctant to take – the drugs that are best able to relieve persistent, debilitating, disabling pain.” The drugs referred to are opiods, or narcotics; natural and synthetic compounds related to morphine. According to pain specialist Dr. Henry McQuay, “opiods are our most powerful analgesics, but politics, prejudice and our continuing ignorance still impede optimum prescribing. What happens when opiods are given to someone in pain is different from what happens when they are given to someone not in pain. The medical use of opiods does not create drug addicts”(2)

I’ve become a victim of this school of thought. Ten years ago I was injured in a motor vehicle accident. The label given my injury was whiplash, a term that many people associate with the concept of ‘fake injury’ and ‘insurance fraud’. Up until I experienced this injury, I confess I too doubted its validity. But I can assure you now – it is very real and very crippling. Initially I tried regular physiotherapy, but eventually the benefits became of minimal value, even increasing the pain. It also did not help that I was bombarded by negative opinions of people who subscribed to the ‘fake injury’ theory and accused me of going for therapy just so I could get an insurance settlement. In their minds they could not see the injury, and since my interpretation of the pain I was feeling could not be adequately conveyed to them, they assumed it could not possibly be as bad as I claimed.

For a while I had a caring doctor who believed that quality of life came first, and was willing to look at methods of pain management through medication. In his viewpoint it was better to take a pain killer and be able to function at a 100% level, than to suffer the pain constantly and only be able to function at a 50% level or less. Tucson pain specialist Dr. Jennifer Schneider echoes this, and warns of a further risk of chronic, uncontrollable pain; “when patients feel hopeless and think they will never get relief, it makes chronic pain and its effects that much worse.”(2) The stress of uncontrollable pain that hinders a person’s productivity and ability to function normally creates a cycle of disability and causes neurochemical changes that actually increase sensitivity to pain and cause it to migrate to other areas of the body.

As I get older I find this to be increasingly true. Chronic pain makes a good night’s sleep an impossibility. Activities such as vacuuming or shovelling snow or gardening are out of the question. Sitting in a movie theatre or long hours doing school work in front of the computer will often result in extreme back and neck pain, accompanied by severe headaches that can persist for days at a time. It would be quite impossible for me to attend a university that required me to sit in a classroom for long periods. Yet I have been made to feel by physicians and society that I have no choice but to live this way, since giving me the medication I need to deal with the pain would supposedly make me an addict.

The Chronic Pain Association offers support for people like myself; they maintain a list of physicians who specialize in treatment of chronic pain. However most of these doctors have waiting lists of a year or more, and their numbers are diminishing due to increasing pressure to under-prescribe pain medication. Some of these caring doctors have even become subject to disciplinary action by their regulatory board when it is thought that they use pain medication excessively for their patients.

I find it very difficult to understand this rationale. Would a doctor refuse to prescribe insulin for a diabetic because he might become addicted (insulin-dependent)? Or would a doctor hesitate to prescribe medication to control blood pressure because high blood pressure might just be in the patient’s head? Yet these excuses are used for patients suffering chronic pain. The doctor pats us on the head, prescribes Motrin and sends us home to tough it out.

A chronic pain sufferer who needs a strong narcotic to achieve any acceptable sort of functional daily existence is not an addict. If we accept that thinking, then we must also believe that a person suffering coronary heart disease who takes aspirin daily, or a person suffering asthma who needs an inhaler, or a person who takes AZT to control HIV, or a person with cancer who relies on chemotherapy; are all also addicts – since they are dependent on these forms of drug treatment to maintain an acceptable functional daily existence.

There is a difference between physical dependence and addiction, and it is time doctors and their patients began to view pain management reasonably. Quality of life should be the focus. No one should have to endure the hopelessness of relentless chronic pain when there are medications available that can make life tolerable. 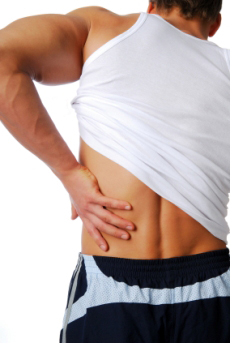