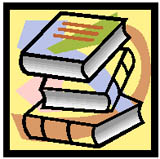 Mary Walsh is the host of a new CBC television show, By The Book. It is a half-hour talkshow that offers viewers discussion “about books I like, with people I like,” says Walsh.

Walsh is one of the two executive producers on the show. Michael Donovan, Salter Street’s daddy, is the other and the show was his idea. Walsh had come to Donovan with another kind of book idea.

“When I went blind, I tried taped books. The fucking things were all abridged and I thought there would be a great market for the unabridged versions.”

Although he didn’t go for that, he came back to Walsh with the idea for By The Book, which she accepted simply because “I wanted to.”

Up to date they have taped eight episodes. CBC has yet to decide when they will be aired.

“I don’t know when they are airing. Sometime when no one will see them no doubt,” says Walsh.

Tuesday’s episode is being shot at 2 p.m. because of a stormy airline delay in Newfoundland. Associate Dean of Arts and English professor, Noreen Golfman of Memorial University of Newfoundland was unable to make it for Monday night’s taping so it was postponed. Joining Golfman and Walsh is Ian Brown the host of CBC’s television documentary series Human Edge and has his own bookshow on CBC Radio One, Talking Books. The final guest is Megan Follows, an actress that any self-respecting Canadian would recognize by face if not by name.

“She’s taken up that space in our collective psyches as Anne of Green Gables, poor thing. She can’t escape it,” says Walsh.

The four participants sit around a coffee table on Bell Road, Halifax, in the same studio that tapes Walsh’s other show, the weekly comedy hit, This Hour has 22 Minutes. They will discuss Edna O’Brien’s, Country Girls Trilogy.

O’Brien is an Irish writer who is well known for her books that have been banned in Ireland.

Walsh tells the audience that O’Brien’s books had even been burnt by the Roman Catholic Church back in the 60s.

The Country Girls Trilogy is the story of two girls from age 13 up. The two characters, shy Kate and rebellious Baba, grow up in a convent. Their strict Roman Catholic upbringing comes in conflict with their sexual desires and their dependence on men.
The ensuing conversation between the four commentators is a no-holds barred debate of all aspects of the trilogy — and some slightly less relevant, yet funny stories about Walsh’s past. Walsh jokes after the show that although she liked the format, no one else would tell stories from their own past.

Ian Brown, being the only man, seems to feel the need to defend the male gender. He comments that Kate was like a gapping wound of need and says he sympathized with the male character Eugene. Whereas both Walsh and Golfman seem to think that Eugene is a generally bad man and Kate is a character that every woman could relate to. “There’s a little bit of her in all of us,” says Golfman. Walsh agrees. “I’m Kate although I always longed to be more like Baba.”

Brown continues to ruffle feathers by saying that he thinks the novel is “chick lit,” likening it to something Oprah would recommend. None of the women take that comment lightly and proceed to chide him humourously.

The show is also a good way of finding out about Walsh’s life, because the novels discussed are those that she loves. Often in literature the books you like are the ones you can relate to. At least for this one episode Walsh tells stories that are often harsh but because of her humour the sadness is removed.

“Books do furnish your room and save your life — they did for me,” says Walsh, in uncharacteristic seriousness, but she adds, “shoes can also save a life and furnish a room.”

The Fly on the Wall—Kant We All Meaningfully Agree?

On the Hill – Culture Shock