Articles
The Voice
Sharing the Memoirs of My Father’s Life

My father, Peter Kutsak, turned 83 last January. Eight years ago, he sat down in front of a computer for the very first time in his life and taught himself how to use Word Perfect. Over the next four years he typed up pages and pages of notes, written with his age-wobbly hand, of his memories and life experiences. To him, it was a labour of love for his family. He had left school after completing the eighth grade and as he says, “In comparison to today’s standards of education, I rate my status as nearly illiterate.” Although he struggled at times for the right words, before his book was printed, those doing the editing changed very little of what he had written. Peter Kutsak’s words and stories reflect him as a man. They’re full of life and spirit, honesty and humour, hardship and elation.

As a storyteller, Peter’s words come alive on the pages and through them the reader is transported back to homesteader days in eastern Saskatchewan, to the front lines in World War II, and to post-war life in Saskatchewan.

Over the next few weeks, with his permission, I’ll share some of his stories with the readers of The Voice.

From Echoes of my Past by Peter M. Kutsak
Copyright 1999

The building of the new house did not happen by chance. Lord knows how inconvenient it was for ten people to live in a two-room house. As little children, we heard so much about the intention to build a new house and about the improvements it would make in the day-to-day life of our family. Finally, we could see that with all the talk, a new house was about to take shape.

First, the logs for the new house had to be cut. The required length of the logs was forty feet, as that would be the length of the new house. Since the bunks of the wagon or sleigh are about eighteen feet apart, the breach between the front and rear runners had to be extended at least up to twenty-eight feet. That was accomplished by disconnecting the rear set of sleigh runners completely and spacing them back the required distance and attaching them to the front set with a length of chain. After the first few logs had been loaded, the hind breach was then tied to the logs to avoid uneven tracking. The logs were hauled one and a half miles.

At home, the logs were unloaded and the bark peeled off to speed the drying process as well as to deter the infestation of termites in the wood. The logs had to be seasoned for one year before they were ready for building. Tato and my older brothers did the logging, while my assignment was to peel the bark off the green aspen logs.

The log structure, a one-and-a-half storey building, did not take long to shape up. The logs were too heavy for manual lifting and so were skidded up ramps with ropes using one horse on each end of the log, alternating the thickness of the logs on each corner. Then came the roof raising.

A few winters previously, permits were taken out for cutting spruce lumber in the forest eight miles north of our home. The lumber had to be dried in the summer months, then sheltered through the winter. It was then planed into shiplap and flooring. The lumber was then ready for construction.

The doors and windows had been built by the Western Manufacturing Company in Regina. This had been done through the cooperation of Mama’s brother, Ed Kutzak, who worked for that company. He took it upon himself to supply all the doors and the windows. For that service he had been repaid with pork, beef and chickens from our farm, to be shipped to him upon his request. Finally all the material was ready to begin finishing the new house.

The time came when the structure was ready for clay plastering. I have heard talk of barn and house raising “bees” in the pioneer days. A bee in those days was a gathering of neighbours to help with a big project. Well, we did not have a house-raising bee, probably because the house was constructed in various stages. But now the plastering was arranged to be done in work-bee fashion.

The family had been digging and hauling clay in readiness for the occasion. Straw was stockpiled and barrels of water were brought by stoneboat to the site. The neighbour ladies had prepared food in their homes, and now it all had been brought to our place to feed the hungry workers before, during and after the plastering.

Neighbours from the district left everything they had to do around their own homes and gathered with a jubilant spirit, eager to get on with the task. The neighbours had brought wheelbarrows, forks, pails, ropes, and ladders in readiness for the work.

I remember I was not big enough to handle the man-sized job on the plastering lineup. I do recall, though, that I played my part in the work bee. My brother Bill and I were on detail to mix the mud plaster. We rode our horses, Queena and Kayda, in circles around and around through the mix of clay, straw and water to form a sticky mud. Bill would add more straw or water until the mud was fit for plastering.

Handing the clay plaster was not easy. The straw that was added made the mud stringy and difficult to pick up with a fork. Some struggling and pulling was required to fill the wheelbarrows before wheeling the heavy load to the plastering site. There, the workers would fork some of the mud into pails and hoist them to the upper height on the scaffold. Others would plaster the walls from the ground up.

Occasionally word would come from the plasterers that the water in the mud had drained off, making it too stiff to handle. Bill and I then had to add more water and ride the horses over the mud again to moisten it. To finish, I washed the mud off the horses when the plastering was complete. It was amazing how quickly the big job was done when there were many people to do it. 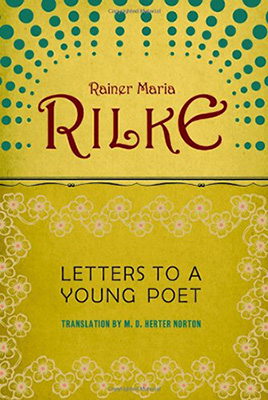 The Mindful Bard – Letters to a Young Poet

Sharing the Memoirs of My Father’s Life

Sharing the Memoirs of My Father’s Life