(CUP)Thousands of Algerians in Canada could unwittingly become collateral in a billion dollar trade agreement between the two countries say critics of a new immigration policy.
“The situation in Algeria was horrible,” said Nassim Aoudia. He is one of up to 1,000 Algerian Montrealers facing deportation since Canada’s Minister of Immigration, Denis Coderre, lifted the moratorium on extradition of Algerians who fled a bloody civil war.
Over the last decade, 100,000 Algerians have been killed and 4,000 have “disappeared” in the fighting between the military-backed government and Islamic extremist groups.
Gitanjali Lena, an independent advocate and former member of the Canadian Council for Refugees, suggests profit prompted the minister’s decision. The New Partnership for Africa’s Development (NEPAD) and Prime Minister Jean Chrétien’s visit to Algeria have $1 billion in trade implications.
“Algerians [in Canada] are not convinced that Algeria is safe for them,” said Lena. “However, if Canada wants to trade with Algeria, it has to send Algerians back to normalize trade relations.”
Lena blames flaws in Canada’s refugee determination procedures for the fact that so many Algerians remain “non-status” immigrants, claiming that recent legislation has made fair assessments nearly impossible. The two-person board has been reduced to one and an applicant has only one chance to make a claim.
“One person decides your fate,” said Lena. “You cannot make an appeal on the merits of the case, only on technicalities.” She added that the Refugees Appeal division recently pushed through parliament is not being implemented.
“Since Algerians are francophones, they’ve integrated very deeply in Quebec society. To deport them now is uprooting,” said Lena.
Coderre defends the case review policy. “There is no risk to citizens of Algeria who are removed after a full review of their case,” said Coderre.
“In the last year alone, more than 80 civilians were unlawfully killed by security forces [in Algeria] and dozens more tortured or held for varying periods of time in secret detention,” said a February report from Amnesty International. “Some 200 people continue to die every month as a result of the continuing decade-long armed conflict : Many of those are civilians, including women and children, killed in targeted and indiscriminate attacks by armed groups.”
Despite assurances from the minister, Canadian citizens have been warned that Algeria is unsafe for visitors by another branch of the government. An April travel report from the Department of Foreign Affairs and International Trade says travellers should be cautious when travelling to the North African country. 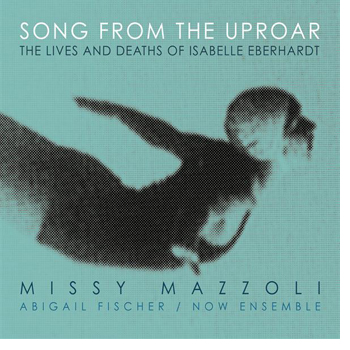