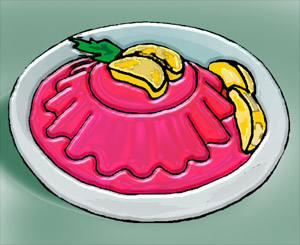 (CUP)Pierre Ducasse wants to give the NDP a much-needed facelift.
The federal New Democratic Party leadership hopeful’s campaign trail led him to the University of New Brunswick, where he spoke out against student debt.
“When you start out in life with a $40,000 debt, that’s not only difficult for the individual, but socially it’s unacceptable,” he said.
Ducasse was the second declared candidate in the race to succeed Alexa McDonough. Also running are Toronto city councillor Jack Layton, Saskatchewan MP Lorne Nystrom, Winnipeg MP Bill Blaikie, and Vancouver activist Bev Meslo.
Now 29, Ducasse is the youngest candidate in the race and he hopes people will take him seriously.
“Some people have tried to paint me into corners, ” said Ducasse. “I am trying to fight that perception. To win in politics, you have to be the one setting the political agenda.”
Ducasse describes the NDP’s need for renewal with the metaphor of a bowl of Jell-O, explaining that “things move a lot in the [NDP], but they always tend to come back to their original shape.”
“People are actually giving me boxes of Jell-O now, ” Ducasse joked as he produced a box from his bag. “Of course, I was a little offended when it was Jell-O Light.”
Ducasse has been a card-carrying member of the NDP since he was 17 years old and held an associate presidential position in the New Democratic Youth of Canada from 1990 to 1992. Before joining the leadership race, he was associate president for the federal NDP.
He is also involved in a network of local community organizations known as the National Network of Community Development Corporations of Quebec.
Ducasse is amused by the current Liberal leadership struggle.
“Some people see Paul Martin as someone who could renew the Liberal party, when in fact it would be the same policy as before,” said Ducasse.
“I don’t think Martin would do things much differently than Chrétien has. Even if [Martin] tries to show that he has a social conscience, it’s really just a smoke screen.”