Articles
The Voice
What I Did On My Summer Vacation:

“Up to the Lido deck,” I snapped. “Gotta eat! So hungry!” I said in mock starvation. We were told before ever arriving that lunch was at one o’clock on the Lido deck. Damn! These people know proper business and efficiency. I was positively wet over this company’s practices!

On the Lido, there was a cranked air conditioning unit directly in front of the deck door. Odd placement! Come off the deck and freeze! Lunch didn’t seem to be anywhere around :suggestion :a sign pointing out the buffet area at the back of the deck. We sweltered in the sun, barely noticing the pool and waterslide.

Soon we found the buffet and chowed down. It wasn’t extravagant – potato salad, fruit, hot dogs etc. Larry figured the menu out, “The kids! Would they eat Pate de Fois Gras?”

We lolled in the sun the next day and found ourselves incinerated in less than a half an hour. I was lost – I had slathered us in SPF – how did we burn so quickly? An hour to burn in Calgary is ten minutes in the Caribbean:take heed! So, we lost out on sunbathing for the rest of the cruise. We had to find something else to do, other than scratch at the burn!

We arrived at The Cayman Islands — a place of pirate history, myth and exotic Caribbean stories. I anxiously grabbed the camera and ran out on deck, to be left in shock. This is the country with the biggest income per capita in the world?! It looked pretty bland and after Larry was lifted onto a vigorously bobbing tender boat we ambled around on the island for a short while. There are a lot of fancy jewellers and many big banks, but the streets are banged up and they can’t seem stick to a decision of whether to cut away curbs or not. There were knee height sidewalks I couldn’t negotiate! After going in and out of the one step buildings for a while we bought a souvenir spoon for my mother-in-law, a postcard, and a box of fudge. Larry picked up four cheap, Cuban cigars at the dock and we headed back to the ship.
That tender bobbed like a cork in a bathtub going back and I snapped a pic to show you how large the ship was once I was sure Larry would be dumped overboard!

Art. Don’t get us started:we went to the art auction thinking it would be some free fun. We didn’t realize they were also dangerous! There is something frightening about knowing you can own an original Salvador Dali, a Rembrandt or a Picasso! It makes you realize what an investment they can be. AHEM! So after watching “the show” we bought “the most collectable painter on the planet” – Peter Max. We had to buy a cheap one! Egad! This guy is hot! Max has announced he’s retiring in three years:and that’s when his prices will go waaayyy up! Either that or on death:sheesh! What a way to be appreciated!

So we now joke that we really did Max out our credit card!

We lost twenty bucks at the casino – after I hit pay out after pay out on the slot machines! Egad! Why don’t we ever learn the casino always wins!

Fellow travelers said the snorkelling on Cayman was amazing. They saw Stingrays and had a great time. Meanwhile, we found the dining room food was more adult than the buffet selection.

We set sail, spending the day at sea. Dolphins occasionally jumped alongside the ship.

Mexico looked like a postcard, but when I walked out on deck for more photos I was blasted by the heat. Later we were informed this was an average day – it’s hottest in April! We paid a driver with a car a hundred dollars to take us to Tulum — a Mayan ruin. Getting to the park is easy. Then there’s a “train” ride to the entrance and the price to get into the park – about a buck fifty U.S. each. Interestingly, the park entrance people will take U.S. cash, but the gate attendant wants pesos! The Mexican people were polite and helpful, nothing like those dumb movies we see with lazy natives.

Yanking Larry up the steps to the ancient site was a huge feat by our Mexican helper, Carlos. He hauled Larry up the steps and into the site while I stood amazed at his strength and the scenery. My back thanked him but I was not used to this help. Over the other side of the ruins is a stunning, not to be missed view. A sea of green/turquoise water and palm trees! We only left because of the heat. Carlos seemed crushed when we said we were finished the tour! I think they count on more choices after your purchase.

We saw a few abandoned trucks on the side of the road and some half done construction, but most of the scenery was pristine. We left with regret. There was so much history to see!

We found our major beef of the ship was cigarette smoke – everywhere. This is a ship with many children, pregnant women and grandparents. None of us chose to smoke -so why no designated smoking area? Or a non-smoking area. This struck me as odd, considering Carnival built the Paradise, the only cruise ship built for non-smokers. If you are caught on the Paradise with tobacco it is immediately impounded – you are fined – you are thrown off at the first port! They are serious about smoke. But I wanted to see some kind of respect for the non-smokers on their other ships. Unfortunately, Larry and I came back with upper respiratory distress. In future, we will be very interested to see the Paradise’s itinerary.

The ship’s décor is a bit too “techie”– it looks out of date. Okay, Princess Cruises won that round, as did they the accessibility of their ship. Carnival had the worst snap down seat in the cabin’s bathroom. It cut Larry’s bottom severely and it worried me enough to tell a purser it should have future replacement.

Would we go back? Yes, to another ship. We feel that Carnival delivers it’s promises and takes care of you. There are a few bugs we’d like dealt with and we’ve been told the newer ships are much better for the disabled. Perhaps with a few more complaints about the smoke we’ll have a perfect cruise:if that’s possible!

See you sailing, but in the meantime:gotta payoff the credit cards! 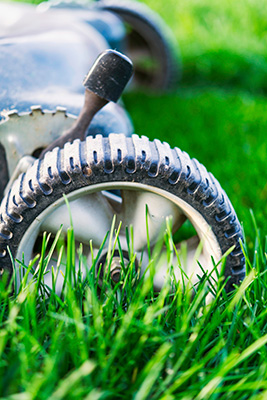