Articles
The Voice
Celibacy as Chrysalis for Celestial Coitus 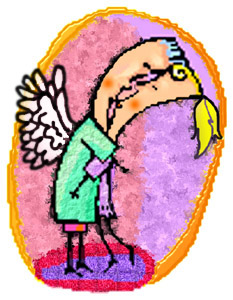 The very first thing we need to note here is that there are many traditions which teach the practice of abstinence as a gateway to religious experience. Many ascetics inside a given tradition will endorse the denial of sexuality as a means in which to promote the religious experience that they are seeking to manifest. The aim here is not to validate this practice by saying that many people have undergone similar self restrictions in order to have mystical experiences, but simply to note that it is a practice which has been endorsed by a wider range of people than those mystics who are only celibate Christian women. If we take a good look at a cross-cultural variety of traditions, then we find that both men and women have taken this path to religious experience: repressed sexuality, in these contexts, becomes a means to an end, but not an end in itself”?as the sceptical assertion seems to claim (that is, the sceptics see the denial of sexuality as explaining what the mystical experience is). Our next step will be to understand how the denial of physical sexuality”?that is, performing the act with a human partner”?might lead to an erotic encounter with a “divine other.”

Many of us can recognize that participation in an actual sexual union with another human being often involves copious amounts of energy. This energy is built up (ideally, but not always) in both of the participants long before the sexual act ever occurs. Such accumulation of energy is the result of both psychological (desire, need, etc.) and physical processes found in most human beings. I intend to focus on some of these physical aspects of human sexuality at this time: it is in this sense that we can see humans as, what I will call, “biological batteries.” This description of humans is not meant to reduce us to mere biological machines, but to draw out a portion of the complex system that a human being is, and focus on a specific part of our physical qualities.

The instinct for sexual union stems from, in part, the biological need to breed. Our bodies are set up in such a way that, for most of us, there are many chemicals and hormones at work inside us which encourage us to experience the desire to reproduce. This seems to be a biological necessity”?a trait that is “hardwired” into the very nature of the human as a physical system: our DNA encodes and constructs us in such a manner that we seek to perpetuate this code’s growth and continued existence. This we do through the act of sexual union. Sex for pleasure is certainly a distraction to the ascetic mystical pursuit; however, the fact that the average human is driven to have sex for biological reasons is quite a different type of distraction! We can see the former as something which can be controlled simply through changing one’s attitude”?deny the need to experience the pleasure, but the latter is a denial which demands that the energies of the human chemistry be overcome. It would appear that the denial of biological necessity leads to a situation where the biological battery must be discharged in some manner, and since the act of sexual union with a human partner is not an option for the individual practicing abstinence, this discharge must take some other form. In the cases of the female Christian mystics this energy seems to be consumed in a mental-physical encounter with the object of their affections: God or the Lord Jesus.

The main thrust of the preceding paragraph was to suggest that the chemical energies that build up as a result of the biological need to reproduce must be directed somewhere. Our science tells us that energy can not be created (from nothing) or destroyed, but only transformed; thus, the reactions in the biological battery which take base chemicals and combine them in such a way that the new energy is designed to be directed at the necessity of reproduction must come to be expelled in some manner. We can look at this energy build up in a given human being as potential energy, which through our biology, demands to be utilized in some manner. We see that this energy has to go somewhere; thus, the repression of one’s sex-drive leads into a state of charged potential in the individual. This charged potential demands to be spent, and so, the energies of “repressed sexuality” must be redirected into some other avenue of expression. The direction which the energy flows in the mystic is towards the generation of the mystical union.

(1)A qualifying statement: other factors are not immediately important to the point being developed in this paper, and so, do not need to be delved into in this brief exposition; however, this is a recognition that there is more to mystical experience than only the factors being examined here.

Fly on the Wall—We Are What We Believe 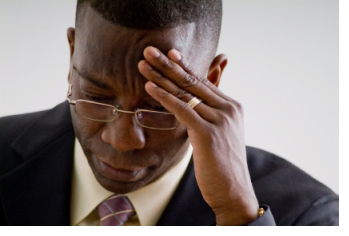