Articles
The Voice
Words and Phrases for Minus One Thousand, Alex.” 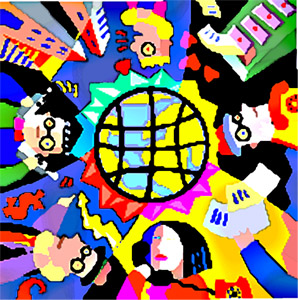 In communicating with one and other we all are forced to use some sort of linguistic structure”?some kind of language. Within in most (if not all) languages there are colloquialism, slang, and popular phrasing. Many of us pick up on these and incorporate them into our linguistic habits; that is, we latch on to some popular (or not so popular) expression or word and it starts to permeate our speech. Over the last year or so I have found myself using the phrase “it’s all good” now and then, and lately with more regularity than I used to. However, I really don’t care too much for this phrase, and I have begun to cringe every time these three words roll off my tongue. It is so easy to say, but I despise its idiotic implications.

First, a serious look at the whole world immediately reveals that it’s not all good! In fact, things often seem downright miserable. We’ve people dying of hunger or lack of proper shelter, people starting wars, people continuing wars, people hating other people because of their ethnicity, people holding other people in financial bondage, and people climbing over other people as they scramble to die with the most toys. We’ve natural disasters, environmental catastrophes, disease, sickness, and pollution. And these are only some of the ailments that plague us and our world. Yes, there is simply no justification for thinking that “it’s all good.”

Second, to paraphrase Kurt Cobain, “All in all is all it all is.” This is to say, being isn’t good or bad, it simply is, or perhaps better, appears to be. Certainly all isn’t good or bad, all is merely all”?end of story. The value of all stems from our own interpretation: there is nothing in itself that is good or bad, but only the judgement from a human paradigm that gives it a value. Thus, to say that all is good is to make the mistake of forcing our judgement on something that is much too large for us to even comprehend. And again, if my interpretation of this unthinkable all is that “it’s all good” then I need to have my head examined!

Third, what the heck is the reference of “?it’s’ anyway? What is this “?it’ that I am saying that is good? I honestly don’t have a clue what I am supposed to be referring to when I say, “it’s all good.” In the above, I’ve taken “?it’ to refer to everything, but I think that everything is simply too vast for any human being to appreciate or even be able to formulate within his or her mind. Moreover, if the reference of “?it’ is taken to be everything, then saying “it’s all good” is really saying, “everything is all good,” or “all is all good.” As we’ve noted above, all isn’t good”?all simply is”?and why would I have to repeat myself by saying “all is all?” The sheer stupidity of this phrase becomes more and more clear.

Perhaps the reference of “?it’ is purposely ambiguous so that this phrase can be used in different circumstances; however, this simply goes to show that this is a phrase used to illustrate laziness on the part of the person who utters it:

“Do you want chicken or fish for dinner?”
“Would you like to go outside?”
“Does this make me look fat?”
“Which film was your favourite at the festival?”
etc.

This small list of questions could be extended to include thousands or hundreds of thousands of occurrences each of which could be responded to by “it’s all good.” So, “it’s all good” seems to me to simply show that the speaker of this phrase isn’t interested in discussing such and such, isn’t willing to enter into a conversation, and is quite obviously lazy when it comes to genuine communication! Thus, I wonder why I would want to illustrate that I suffer from these poor qualities by using this phrase? Yet I do, much more than I’d like.

So, seeing as I can recognize the sheer inanity of this phrase, I am going to try to eliminate this pathetic excuse for communicating from my speaking habits. Every time I catch myself saying it I will stop talking about whatever it was that I was talking about, and instead, I will complain loudly about what a moron I am for using it. As I roll my eyes at myself in self-mockery I will repeat out loud the points that I’ve developed in the above. With wilful diligence, I am going to try to stop myself from forming these words with my mouth”?even if I have to resort to using behaviour conditioning based on punishing myself! Perhaps I could get some of that stuff you put on your nails to stop biting them: that awful, bitter taste could be my “reward” for every time I find myself wanting to say, “it’s all good.”

I mean really, I ‘m only here in the world for a short time and I think that the words and phrases that I use ought to be carefully and consciously selected to illustrate attempts at genuine communication and engagement with the world and the people who share it with me. Most certainly I’d like to be on my deathbed and able to look back at my life and think, “it’s all g…” 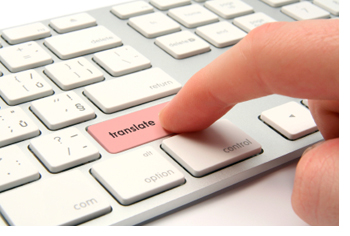 Brush up on your slang