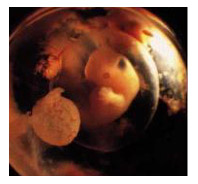 (CUP) The pro-choice/pro-life debate is one that is ongoing and emotional. The common denominator between the pro-choice and pro-life sides is the value of life. The interpretation of this is where the two views fork dramatically.

The debate typically gets stuck around the question of when a life begins. Though this may be important to evaluate, it remains a question of belief and fails to address the more important questions which fall into social and economic contexts. If the issue here is love of life and not just survival, then the two sides have common goals.
End feminized child poverty
Winnipeg is the child poverty capital of Canada with approximately 58,000 children (21.5 per cent) living below the poverty line in Manitoba. The poverty rate among children of single mothers under the age of 65 is 70.2 per cent. The child poverty rate of single mothers under the age of 25 is 93.3 per cent. Poverty is clearly a gendered issue, just as it is a race and age issue.
So how do we eradicate poverty? We must make child care central to the economy and not peripheral. This is an issue of recognizing the workload and the cost of child-rearing. We lobby for free childcare. We must provide more than the two predominant options open to poor single moms: working a low-wage job and paying through the nose for child care or staying at home and attempting to support yourself and your children on a meagre welfare cheque. A truly equitable society is achieved through the recognition of gender, race, sexuality, disability, and age difference and implementing structures that do not make these differences a source of oppression.

Pro-choice is sincerely pro-choice … for both cases. Just as a woman should not be forced to go through with an unwanted pregnancy, a woman or a couple should not be forced to go through with an abortion because they cannot afford to have a child. Children should not just be for the rich and children do not deserve to live in poverty. Neither do their mothers. In fact, no one deserves to live in poverty, regardless of their belief system and practices. We must address the systemic inequalities that cause poverty and suffering. The question of “does a fetus suffer?” has been debated and will always be debated. However, the suffering, anxiety, depression, stress and pain of poverty are real and in our face. Charity by itself is not the answer. We must create a society which gives people autonomy over their own lives. This is the first step.

Unwanted pregnancy is a serious consequence of rape. Rape is not the act of a few bad and/or crazy people. Most survivors of rape know the perpetrator, which is the reason why so many sexual assaults go unreported. Rape happens all of the time. And so in the practical sense, rape has been normalized; although we don’t accept rape, we accept the fact that rape happens.

How do we end rape?
Rape is primarily about power, not sex. Rape is a weapon used to make up for feelings of powerlessness in a society that is based on competition (on so many levels) and class inequality. Eliminating social and economic inequality is one necessary step in abolishing rape.

A second step is the elimination of gender boxes (a set of stereotypes that men and women are socially pressured to adhere to). They disempower both sexes and can leave rapists feeling “less than manly.” Again, this is about power. Gender stereotypes must be eliminated from birth. Do not tolerate “boys will be boys” attitudes which makes it normal and even “cute” for little boys to chase little girls. It is not cute. It plants the seeds for a social disease. Consent must be taught from a young age. Respect for consent shapes all of our relationships.

We need safe, accessible, affordable methods of birth control. Again, options! Where can we possibly get the money for this? Could we redirect research and development funds for Viagra? After all, there are many ways to have satisfying sex that do not require erect penises (see above). Developing perfectly effective birth control methods is a matter of political will.

Abolish the stigma of pregnancies out of wedlock

Women who face the risk of being disowned by their families are in desperate situations. This translates into dangerous situations. If a woman lacks both a support network and safe, accessible abortions, she will be pushed to take drastic measures. This can lead to suicide and (possibly) fatal, self-inflicted abortion. Two horrors directly opposed to life.

Additionally, in some workplaces, women still lose their jobs due to pregnancy. A reality that their partner in conception does not have to face.

The emphasis here is on context, context, context. Would it not be more effective and less traumatizing to women to provide safe, accessible abortion as an option while addressing these very real issues which lead to very real oppression? Abortion is not going to disappear until open sex education and 100 percent effective birth control is provided for all. Abortion is not going to disappear until poverty, rape and stigmatization are made to disappear. Is this not where we should be focusing our time, energy and money? What is a more effective and compassionate approach to reducing suffering? Traumatizing women who are already in stressful situations with harassing signs and gruesome pictures? Taking away safe choices? When we talk about the value of life, whose lives do we mean? Why would the potential life of a fetus have a greater value than the lives of women around us?

This is a very complex issue and the five points previously outlined are only some of the reasons why abortion is needed. There are multitudes of reasons why women choose to have an abortion which have not been discussed here. I do not know what my reaction “? my choice “? would be if I were faced with an unwanted pregnancy. However, considering that every woman’s situation and context is different, I would never impose my decision on anyone else. No woman should be forced to carry out a pregnancy she feels she should not go through with, whatever her reasons.

And of course, let’s not be ahistorical. The control over women’s sexuality and reproduction has always been used as a mechanism for social control. It has been an effective weapon in maintaining power over the lives of both women and their children (Anne Bishop has written a very comprehensive book studying the interconnectedness of oppression, lineage and how the anti-choice movement has played a role. The book is called Becoming an Ally.)

We have a lot of work to do.

The Importance of Star Teachers

Who Are the People in Your Neighbourhood?