Articles
The Voice
Commemorative to September 11, 2001 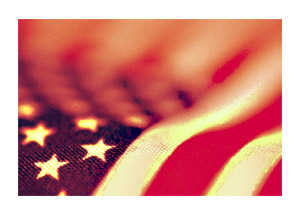 The first anniversary of the terrorist attacks on the Twin Towers and the Pentagon is rapidly approaching, and with it the emotions of horror and anger that raged through my body are rekindled. The events of September 11, 2001 shockingly reminded us of our own mortality as individuals and as a nation, and we bonded together as a country to offer our support and compassion to those, both Canadian and American, that were personally affected.

Recently, US President George W. Bush issued an official public statement that designated September 11th as Patriot Day, in honour of those who sacrificed their lives in New York, at the Pentagon, and on the flight that crashed before reaching it’s deadly destination. The Vancouver Sun reported Bush as stating in the proclamation, “I call upon the people of the United States to observe this day with appropriate ceremonies and activities, including remembrance services and candle light vigils.” (SEE: http://usinfo.state.gov/topical/pol/terror/02090503.htm). Bush also requested state governors and government officials across the nation honour those who died by flying the flag at half-staff on September 11th, and encouraged Americans to lower their flags at home and at their places of businesses. The President also requested that a moment of silence be observed at 8:46 a.m., this being the moment when the first of the four planes crashed into the World Trade Center in New York.

I can still vividly remember the feelings of anger, horror, moral offence, fear and helplessness that I was unable to control as I sat watching the tragedy unfold last year. This tragedy touched me in another more tangible manner, as that same day I also received a phone call which left me even more shocked and upset- my grandfather was in the hospital and most likely would not live. Although he did survive the unrelated medical trauma, I was unable to make the excursion to be with him in Texas because of the security regulations that were imposed as a result of 9-11, and the ensuing chaos that became international travel.

It is my opinion that we, as individuals and as a supposed democratic country, take for granted our personal and national security. September 11th was a harsh reality to face, and each one of us reacted differently. Some of us blamed God, while others blamed what they referred to as the state of Godless-ness into which our society has descended. Specific cultures, groups and races were blamed and subsequently discriminated against by certain individuals. It seemed that almost everyone required some way to rationalize how such a terrible incident had occurred. The question still remains: Is there a way to rationalize evil?

The key to overcoming and preventing such horror from reoccurring does not exist in finding blame with those who are not responsible, or even alleging those we believe are indirectly responsible are worthy of blame. Such incidents will continue to occur until we become tolerant and accepting of those who we do not agree with. Is tolerance and acceptance too much to ask? I don’t believe so -each of us is fallible and imperfect. We appreciate the forgiveness of others when we make mistakes, so should we not extend the same courtesy to others and allow them the same freedom of choice?

Mark Gueffroy enjoys media and public relations consulting, and working in the non-profit sector. Mark identifies as a member of the gay, lesbian, bisexual, transgender (GLBT) community and is active in civil rights for the GLBT community. He welcomes your comments and may be reached by via email at voice@ausu.org with ATTN: MARK in the subject line. 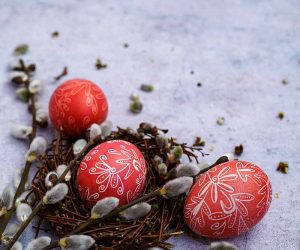 Fly on the Wall—Skipping Gleefully Between Hills of Learning