Articles
The Voice
Self and Other:

Religion and ethics often walk hand-in-hand. In other words, if we are of a specific religious persuasion, then we are typically prescribed a moral code which is intended to promote correct conduct. Even if we are atheists, we usually find that the laws of our society have been derived (at least in part) from some religious system. The difference for the non-believers is that they think they shall be punished by society and not by a disapproving deity if they should transgress the rules. In either case—”judgement by the divine or by society”—we are encouraged to be moral by outside sources. However, since the acts we commit in the world are intrinsic to our being (in the sense that our acts and our being appear as congruent to each other), the codes that govern these acts ought to be intrinsic to our being as well. It should be the responsibility of each of us to impose our own morality upon ourselves. We can think of this as Ethical Anarchy. [1] In this examination we will see that it is possible to formulate an ethics which does not rely on any outside force, divine or otherwise, and that such a morality is intrinsic to the activity of being human.

We shall begin at the end. The thrust of our entire analysis arrives at the moral code summed up by Confucius when:

Zigong asked Confucius: “Is there any one word that can serve as a lasting principle for the conduct of one’s whole life?” Confucius said: “Perhaps it is the word ‘reciprocity.’ Do not do to others what you would not want others to do to you.” [2]

We find in this no reference to a deity, nor to a system of socially conceived laws. It is a simple principle that relies only on how we ourselves desire to be treated. In other words, our Ethical Anarchy comes down to how we ought to treat ourselves. However, in order to adopt this principle we must come to an understanding of what the self is. There is wisdom in the sage advice, “know thyself.” Thus, we shall now endeavour to get to know our self.

In “The Reincarnating Soul,” Sri Aurobindo tells us that the self that we normally see ourselves as is not the Self, but only an, “ego-sense that makes us cling to the life of a body.” He asserts that, “the Self is imperishable, immutable:[and that it] is not born and does not exist in the body, rather the body is born and exists in the Self” (362). [3] Clearly, Aurobindo’s conception of the Self is not what most of us think of the self to be; however, we can understand what he is getting at by removing the relational components of our common notion of self. This deconstruction clears away the many facets of self which are contingent upon things external, and thus, will allow us to get at the self as it is in itself.

If we are true to this task, then we find that we remove everything we commonly feel the self to be. We must give up the body”?physical relations in the world have shaped it. Since our personality, knowledge and memories have been created by our bodily experiences over time, they too must go. We see that there is nothing about our individual ego-sense of self left, but only a Self that is universal to all things. [4] This is what Aurobindo calls, “the timeless identity of the Self” (363). Thus, we now have a better recognition of who we are: we are a singular and eternal Self expressed in a myriad of ways.

We might think this a bit peculiar, but we can come to understand why we experience difference where there is only a singularity. Martin Buber, in “I and Thou,” asserts that there are two types of “Primary words [which] do not describe something that might exist independently of them, but being spoken they bring about existence” (172). [5] In Buber’s thought, we find that these word pairs, I-It and I-Thou, are basic to every individual’s experience of the world. The I-It is the word that “:can never be spoken with the whole being” (ibid.). In this sense, we find that it is this primary word which brings about the existence of difference: merely a facet of our being speaks it, but not the whole self. The I-Thou, however, “:can only be spoken with the whole being” (ibid.), and as we have seen, the whole being”—our Self”—is that which is found in everything. This is likely why Buber says that all else lives in the Thou’s light (ibid.). The I-Thou is what the Self speaks to itself in order to recognize the singularity of Being, whereas the I-It is spoken by our ego-sense (to use Aurobindo’s term) in order to pick out partial and specific instantiations of the eternal Self. In other words, when we experience the external world (including the people in it) as separate from ourselves, then we are speaking the I-It, and this is spoken by only a portion of our actual Self. However, the whole Self speaks the I-Thou in its recognition that there is no separation between self and other.

In our deconstruction of self we discovered that there is a Self which is universal to all things. Further, we recognized that there is an internal dialogue which the Self maintains. This dialogue is what gives rise to the different manifestations in the world. When the communication is incomplete—”when only a part of the Self speaks”—then only another part of the Self receives the transmission. Regardless, the dialogue of Being is always within the Self. This is why all of us are obligated to impose a morality upon ourselves. Each of us is a part of the Self in relation to itself; thus, we see that there is every reason to not act towards others in ways that we ourselves would not want to be acted upon: our actions are always towards our Self.

[1]”‘Anarchy’ in the sense that the laws and codes which govern the individual are self-formulated and self-imposed and do not derive from an outside prescriptive agency or institution.

[2] The reference to Confucius is from “Analects,” found in the anthology, “Philosophy of Religion Toward a Global Perspective,” by Gary E. Kessler. Printed by Wadsworth Publishing Company, Belmont, CA, USA, 1999.

[3] References to Aurobindo are from the same anthology by Kessler.

[4] Although the focus in this paper is on human relations, we do literally mean all things! We could imagine doing this process (stripping away the parts that are determined by external factors) for anything that exists and find that whatever a thing in itself is, this thing must be common to all things as it is undifferentiated (by the suggested process) from anything else; that is, it must be ubiquitous and homogeneous.

[5] References to Buber are from the anthology by Kessler. 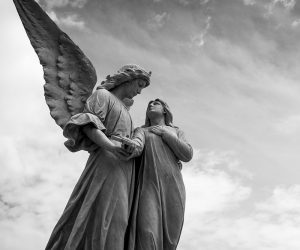 Call to a New Goodness