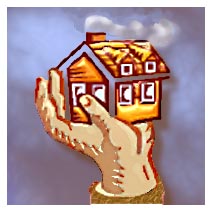 EDMONTON (CUP) — If you’ve got problems with your landlord, now’s the time to speak up. The Alberta government is asking for public input to help review the Landlord and Tenant Act.
The provincial Landlord and Tenant Act governs the relationship between landlords and renters in Alberta, providing a framework for the rights and responsibilities of both parties.
Working with an advisory committee of landlord and tenant groups, the province is reviewing the act for the first time since 1992. Currently, the province is seeking public input through a questionnaire, available both in online and paper form.
“It’s in keeping with the reality on the ground. We just want to make sure it keeps pace with landlord and tenant issues,” said Eoin Kenny, spokesman for Alberta Government Services.
“We want to know what [issues you’re] concerned about and suggestions about what should be done in order to address them.”
Opinions from renters are especially crucial at the moment, said Kenny. The questionnaire has been available online for the last week, and hundreds of responses have come in”?but the majority of respondents have been landlords, said Kenny.
Advisory committee member Brad Odsen, who is also executive director of the City of Edmonton Landlord and Tenant Advisory Board, stressed that renters should take this chance to make their views known. As landlords and industry have vested interest in the act, said Odsen, they will definitely speak up, but tenants need to tell their side of the story too.
“If ever there was a golden opportunity to have input into an act, now is it,” said Odsen.
“It’s probably going to be another ten years before [the act is] given an in-depth consideration once again. It’s a once-in-a-generation opportunity.”
Focus groups with the advisory committee and an in-depth tenant poll allowed the province to focus the questionnaire on specific problem areas for both tenants and landlords, said Odsen.
Kenny said possible resolutions to these issues will hopefully be targeted by the review.
“On the tenant side, there are things like if you’ve given your notice that you’re leaving, what right does the landlord have to show the suite? In a hot market, a landlord might not want to wait 24 hours, and is it necessary?” said Kenny.
“If you’re a landlord with a problem tenant, it can take you months to have that tenant removed. Should a landlord have to go through all the hoops required at this point in order to remove a problem tenant who’s growing pot in their suite or not paying their rent?”
The deadline for comments is Oct. 18. After the responses are evaluated by the advisory committee, a second consultation will take place in by fall or winter of this year, with the recommendations reaching the Legislature by fall 2003.
According to 1996 Statistics Canada data, 884,000 people rent housing in Alberta. Odsen said a recent study from an independent source reported 50 per cent of Edmonton residents rent their housing.
The questionnaire is available at www3.gov.ab.ca/gs/depts/disc/papers_toc.cfm. Paper copies can also be picked up at any MLA constituency office, or by calling the province’s toll-free number, 310-0000, to have a copy mailed to you.

From Where I Sit – Not Funny