Columns
The Voice
From My Perspective – Tool Concert

“Think for yourself. Question authority, strive to be different and unique, never repeat things other people say”

Tonight I did not attend the Tool concert in Edmonton. But I might as well have done so, since it completely occupied my whole evening.

Tool; for the uninitiated; is a heavy rock/alternative band. Frontman Maynard James Keenan is known for his dark, intelligent, compelling, and unexpected lyrical twists. Their roots lie with seminal alternative band King Crimson, and Tool has been influential on groups like Deftones and Godsmack. Maynard also formed A Perfect Circle and has collaborated with groups like Rage Against the Machine and Faith No More, and most recently Trent Reznor of Nine-Inch Nails. Tool takes the viewpoint that music is the preferred way to communicate about life and it should speak for itself. In an interview with the Edmonton Journal, Maynard expressed his disdain for the way rock stars are worshipped, stating “if people want autographs or handshakes, they should go into the emergency room and shake the hand of some doctor who saves three dozens of lives a day. We’ve never run into a burning building to save anybody. All we did is figure out we’re irresponsible and couldn’t get a real job” (Edmonton Journal, “Inside the Tool Box”, October 5, 2002).

Real job indeed! In spite of their non-commercial and unconventional approach, Tool has reached rock star status and gone multiple-platinum. Their most recent album, Lateralus, debuted at number one. Tool also happens to be my 19-year old daughter’s favourite band. As a unique and talented musician in her own right, she also believes in communicating through music and strongly identifies with Tool’s anti-conformist attitude and intense lyrics. Since her preferred pastime is to constantly play music at top volume, I’ve become well acquainted with Tool, and I must confess, I find their music interesting.

So when we heard on the radio that they were coming to Edmonton, I decided to purchase tickets for her. They were to go on sale Saturday at noon, and I started calling Ticketmaster well before 12:00 PM to increase my chances of actually getting through. I used the “front of the line” American Express number, in hopes that I would be able to get good seats. To my surprise, it took less than 45 minutes to get through, and before I knew it I was the proud owner of two prime tickets to Tool on October 6, 2002.

When one of my older daughters discovered I had these tickets, they became a hot item – since apparently all of my daughters are Tool fans! Soon afterward my older daughter was able to purchase a pair from a friend who had received them as a company bonus and didn’t want them, so all four of my daughters made plans to attend together. I felt a twinge of jealousy at being left out of the party, but I was thrilled that they would be able to share their enjoyment of this concert together.

Early this afternoon they started playing Tool CD’s to get into the mood as they planned their evening. I offered to drive them all to my older daughter’s apartment, and from there they took the LRT (rapid transit) over to the Skyreach Centre where the concert was held. Although the two pairs of seats were in different locations, they made firm arrangements to meet at intermission and after the concert, and my older girls took my cell phone along so they could have me pick them all up afterwards.

I dropped them off at around 6 PM, and after running some errands, returned home. I made some token efforts at studying, but my mind kept straying to thoughts of the concert, and I ended up just spending a couple of hours watching television and visiting with my oldest daughter’s boyfriend while we waited. At 11:00 PM she finally called to let me know that the concert was just finished, that they were heading to meet their younger sisters and would call me shortly so I could come get them. Fifteen minutes went by, then thirty, and then forty-five. Finally, at almost midnight, she called back. Had I heard from the younger two? Apparently they had not been at the designated meeting place and were nowhere to be found. The crowd was long gone and they were getting worried.

I hopped into my car and was at the Skyreach Centre in a few minutes, where my older two daughters were outside waiting. The two Tool tour buses were parked outside ready to take the band members to their concert tomorrow night in Calgary, and roadies were busily loading equipment into several semi trucks. But the parking lot was virtually deserted otherwise, except for a few stragglers hanging out by the stage door in hopes of an autograph.

We puzzled over where the younger two might have ended up. It was not like them to just disappear when they had been all together at intermission, knowing that I would be picking them up afterwards. Perhaps they had waited at the wrong place and ended up going home on their own? We kept calling home, but no answer. A possible explanation was that they had somehow ended up backstage…my oldest daughter had had an encounter with a girl who had a backstage pass that she was hesitating to use, since her boyfriend might be unhappy if she went to hang out with the band. In my days as a musician I’ve had a few backstage passes, and I knew that band agents would often collect attractive girls to go backstage after the show to “meet” the band. I’d even had it happen to me at concerts back in the days when I was young, skinny & able to look good in spandex!

I knew that my 19-year old would jump at any chance to meet Maynard, and I knew that had they managed to get backstage it would explain why they had seemingly disappeared without contacting us. I also knew my girls were very capable of taking care of themselves, but all the same I was worried, just in case something else had happened to them. One of my older daughters had an early class, so I drove her home, then returned with the other daughter to the Skyreach Centre. We scouted the area thoroughly, but still no sign of the two younger girls. Finally we decided that we should go home and wait until we heard something.

By now it was almost 12:45, and we had barely walked in the door, when the phone rang. Sure enough, it was my 19-year old. “Where are you? Where have you been?” I gasped. “We are at the LRT station,” she casually advised me. Then added, almost as an afterthought, “Oh… we met Maynard.” Relieved and bemused, I got into my car and went back to the Skyreach LRT station to pick them up.

They were both rather subdued, and rather than being all excited about the experience, said that it was a bit “weird.” The concert itself was “absolutely awesome,” and although their seats were very close to the stage, they did not have a very good view of Maynard himself, since he stood in the back next to the drummer for the entire concert. He wore underwear only, but his body was completely covered in glow-in-the-dark body art – an effect that was apparently “extremely cool” according to my older two who had enjoyed the view from a different vantage point.

At concert’s end the younger two headed out the corridor nearest their seats, a corridor which also led backstage (although they did not realize it at the time). The youngest one had stopped in one corner to pull her jacket on, when one of the stage managers approached them and asked if they wanted to meet Maynard. They asked if they could go get their sisters, but he indicated that it was “?now or never,’ so they agreed. They were escorted into a room with about 15 other young women, offered water and/or pop, and told to wait. I had to suppress a smile at this typical rock star/groupie set-up coming from a group that professed to hate the whole anti-establishment rock star environment. The irony of it was not lost on my daughters either, and this was likely why they were less than enthusiastic about the backstage experience. My youngest said it was like an episode of “?Elimidate’ – with all these young women acting silly and giggly, trying to impress Maynard.

After a little while, the interview was ended, and all the young women present were invited to come down to Calgary for the concert tomorrow. Their names were all put on the exclusive invite list for complimentary tickets, and they were advised that backstage passes would be provided for them again. My 19-year old has asked her boyfriend to take her to Calgary for the concert. I know how much she would love to see the band again in Calgary, but I somehow don’t think she will receive quite the same warm reception backstage when she arrives with a boyfriend in tow instead of her sister!

They all agreed that the concert was fabulous, and that although meeting Maynard was not quite what they expected, it was an amazing experience nonetheless. Not only did they get to meet a musician they admired, they also learned an important lesson – famous people are human too. 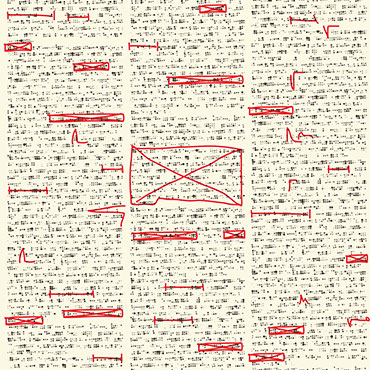