OTTAWA (CUP) — Even with inflation, tuition fees for Canadian students are at the highest level in 60 years, according to a new study released by the Canadian Association of University Teachers (CAUT).
Access Denied: the affordability of post-secondary education in Canada states that “when fees are adjusted for inflation, undergraduate university students today are paying more than at any other time in the past century, and six times what a student was charged in 1914.”
Student lobbyists believe these numbers finally prove to older generations that students are burdened with soaring tuition fees.
“This report shows that we are facing a completely different situation [than they did],” said Erin Stevenson, communications coordinator for the Canadian Alliance of Student Associations (CASA). “It shows people that we are not kidding when we say tuition fees are increasing.”
According to the CAUT, which represents 30,000 academic staff, their study is extremely telling.
“It was more affordable to send a child off to university in the 40’s-50’s than today. We are more elitist than we have ever been,” said Dave Robinson, CAUT associate executive director, adding that the current debate about funding for post-secondary education is the same debate that occurred in the twenties about high school, an institution at the time deemed “critical” and made free.
Peter Adams, the Liberal MP and member of the government caucus on post-secondary education and research, said the report “doesn’t surprise me.”
“[I’ve] heard all the arguments, but tuition isn’t the largest thing people face,” Adams said. “I like to think that federal government is concerned about access.”
Robinson doesn’t think so.
“The priorities they have are wrong. They need to put more money in core operating funds,” he said. “We are putting burden and barriers on households.”
“If were not careful the only people going to law school will be sons and daughters of doctors and lawyers,” said Robinson. “[Liberal Government] policy pursued over past 10 years is a recipe for disaster.”
Since 1993 the Liberal government has axed billions of dollars from the Canadian Health and Social Transfer fund (CHST), which, among other services, provides funds for post-secondary education.
“I don’t want to go back to expensive strings that existed in 1993. It used to be very expensive,” said Adams, adding, however, that some funding seems to be returning to the CHST.
Adams shifted the blame in the funding debate towards the provinces.
“However more we support students, the more [funding] provinces will take away,” he said, explaining that if the federal government increases funding, the provinces will use it as a ticket to reduce their contributions.
Robinson said that when he meets with the federal government to discuss his funding strategies, he gets a different story privately than publicly.
“Privately [they] say you’re absolutely right, but than tell me that the provinces will never go for it,” he said.
He believes the two levels of government need to get together to find a solution.
“We can’t get rapped up in constitutional side. We have to sit down with provinces and get it done,” he said. “Post-secondary education is absolutely critical.” 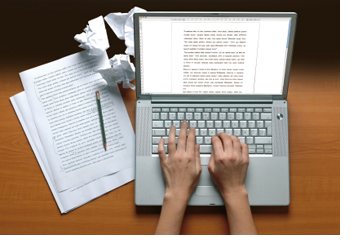 From My Perspective – Post-Secondary Tuition (Part One)