Articles
The Voice
Ignorance Vs. Kindness

When you think about the world we live in what comes to mind? Lately, especially here in Alberta, people have been reaching out to help those in need. However there are still those people out there who make life harder for the rest of us.

Ignorant people eat more than their share of the pizza and then only pay for one slice. Ignorant people don’t have the time of day to phone you back and let you know that they’re alive and kickin’. Ignorant people lie directly to your face, because they don’t really care about you (or they have a serious problem). Ignorant people rub it in, even if it is only something small, like when they take the last cupcake.

What goes on in the minds of these people? Why cause pain or stress to others when it’s so much easier (on all of us) to just be kind? When you are lying on your deathbed waiting to be led away, will you have peace of mind knowing that you didn’t do everything you could to better the world?

Is it so hard to give a quarter to the homeless child downtown? Is it so hard to put a few pennies in the Children’s Miracle Foundation box when you’re in the store? Really, are having nice things for yourself and having a large bank account more important to you than allowing a child in the 3rd world to eat? Are you an ignorant person?

September 11th sent the world into so much turmoil that the children of freedom were forced to join together and fight it. We all fought this battle in our own ways, by donating money, blood, and time. Time heals all wounds. We can all give time.

Ignorant people drive planes into skyscrapers and then laugh at the trauma that it causes to the world. Why? Because they’re ignorant. They’re ignorant about how freedom feels and they’re jealous that their souls aren’t free.

On Monday, October 14, 2002 (Thanksgiving) the cities of Calgary and Edmonton put on fundraising concerts for the drought-stricken farmers of our province. Famous artist have donated their time for these purposes. Eastern Canada has joined forces and sent help as well.

What if the world were ONLY people like this?

You could go to bed at night without the fear of death. You could look people in the eye and trust them. You could go for a walk and leave your door open. You could walk down the street without being looked at and judged. Men, women, minorities and majorities could have equal rights and everyone could be happy. Equal. Rights. Happiness. What a world that would be.

Striking From Another Point of View 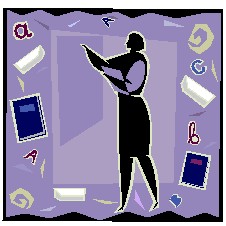 Striking from another point of view