All this week is Library Week in a number of provinces (see:http://www.gov.ab.ca/acn/200210/13374.html). Special events are being hosted at Libraries across Canada. If you have not made use of your public library in recent times, this would be a good time to go and take a look. Far from the stodgy old places of yesteryear, Libraries are becoming increasingly technically sophisticated.

Here in Calgary, the Public Library even offers occasional training courses for how to use common software applications, and get the most out of your computer. Also, Library catalogues are increasingly being put online so that people can access them from home, reserve books ahead of time, and in some cases helping people to access rare or out of print books that they might never be able to see otherwise. I’ve used this service on occasion and managed to find a copy of the first book by a favoured author down in a Medicine Hat library. The book was never widely distributed and well out of print. My local library contacted them and arranged to have it sent up here so that I could sign it out, all at no charge.

If you’ve had enough of reading from your courses, you might want to check out the alternate collections most libraries hold. Tapes, vinyl albums, CDs, even videocassettes and some DVDs are available. You probably won’t find the latest blockbuster movie, but you could find something that gives a new slant to your coursework.

Music for the Masses

The National Arts Centre has teamed with CBC Records to release Schubert’s Symphony No. 3. in MP3 format (see: http://www.nac-cna.ca/en/nacnews/viewnews.cfm?ID=395). This, along with other titles are available legally and free on the Arts Alive website, at http://artsalive.ca/english/. Download it for some wonderful music to have playing while you study.

The Canada Foundation for Innovation has announced 22 million dollars that will be given to 27 universities across the country so that they can build research facilities for 124 new faculty (see: http://www.innovation.ca/media/index.cfm?websiteid=247). Unsurprisingly, Athabasca University will not be receiving any of this money. I say unsurprisingly because it seems to be difficult to convince politicians that facilities can mean more than just buildings.

For a distance university like Athabasca, facilities can also come in the form of better communications infrastructure. Things like the new Internet2 system (see: http://www.internet2.edu/html/about.html), an internet of vastly superior performance, would enable Athabasca University to further expand its reach so that expert faculty could be hired no matter where they are in the world – even if they do not want to move to Alberta.

Extra campuses and the infrastructure of high-speed connections between them could also be developed. A professor could give a fully interactive lecture from the main Athabasca campus and have it delivered to any or all of the learning campuses – creating more opportunities for students not only in one province, but also all across the nation. It continually surprises me that the federal government pays so little attention to a university that is so well suited for a national presence, but is constantly pouring funding into areas where the effect will be much more localized.

The Alberta Government has sent a team to expand educational opportunities in Asia (see:http://www.gov.ab.ca/acn/200210/13363.html). The team will consist of Alberta’s Minister of Learning as well as members of the Standing Policy Committee on Learning and Employment, Yvonne Fritz and Bob Maskell. In addition to these governmental people, representatives from nine post-secondary learning institutions and a number of representatives from basic learning institutions will also be present.

Among the many things on the itinerary is a visit to Meiji University to observe the delivery of a language and culture course by distance learning technologies. Each day will begin with a breakfast of the participants, and end with a reception with various education contacts.

You will likely note the conspicuous absence of our own University from this list. If there was ever a better opportunity to showcase the advantages of distance education and Athabasca’s ability to deliver it, to gain recognition among influential members of our government (that is, the ones that control the funding), and to encourage enrolment of under and post-graduate students from a foreign country, I am certainly unaware of it. Yet somehow, among a list that includes even small institutions such as Bow Valley College, Athabasca University is missed.

And I wonder why AU seems to receive the short end of the stick for government funding. 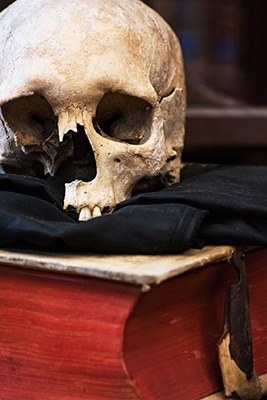