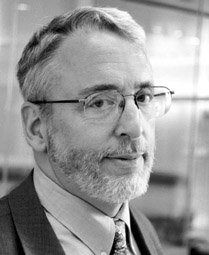 (photo credit: Philip Head – photo supplied with article by CUP)
EDMONTON (CUP) — A prominent researcher of Nazi medical techniques warned a full house of physicians and medical students to examine their social accountability, so horrors like the medical studies of Nazi Germany are never repeated.

Entitled “Dementia of the Academe: Medicine in the Third Reich,” Dr. William E. Seidelman’s lecture provided horrific facts and constant reminders of the medical injustice of our past. Currently a Professor Emeritus of Family and Community Medicine at the University of Toronto, Seidelman has been one of the leading researchers in the ever-unfolding horror stories of the eugenic practices of Nazi Germany.

During the Nazi Regime, said Seidelman, the German health care system underwent complete eugenic reformation, a discriminatory process that medically weeded out the mentally ill and eventually races or religious groups considered to be sub-human in order to form the perfect Aryan race.

Every discipline of medicine was covered in this reformation, said Seidelman. Leading scientists, academics and clinicians formulated eugenic policies and programs and acquired subjects for their research both living and dead.

“Tragically, the same academic and research institutions which gave birth to modern medicine, medical science, and medical education also fostered … the greatest program of human destruction in the history of human kind,” he said.

Seidelman pointed out that while many of these institutions were pioneers in the field of medicine, specifically psychiatry, many of them have yet to claim responsibility for the role they played in the horrors of the Third Reich. During his lecture, Seidelman used neuropathological studies as his guiding theme.

Heidelberg University, one of today’s leading German medical schools, was the centre of the murderous neuropathological research.

Neuropathology, Seidelman explained, depends on brain specimens for analysis. During the Nazi rule, murdering neurologically handicapped children considerably advanced Nazi research of the brain. Under Nazi law, any child born with a handicap was registered with the state. Pediatric wards were set up in psychiatric hospitals throughout the land for the intentional killing of these children.

“Children transferred to these pediatric departments were killed by intentional starvation and by the administration of high doses of medication such as phenobarbital,” said Seidelman. “Two of those killing centres were designated clinical teaching units with instruction of killing of patients.”

At one particular laboratory between 1939 and 1944, 1,651 brains were examined. Many of the brains collected were preserved as part of the largest neuropathological collection in the world. Seidelman said this collection remained until 1990, when the Max Planck Society of Berlin finally recognized the victims and the children’s brains were buried. The collection was so large that two adjoining gravesites were needed. Unfortunately, none of the brains were documented.

Emphasizing the effect these atrocities have had on the victims, Seidelman stressed the lamentable conditions of victims still alive today.

“The hideous irony is that while eminent academic institutions may have forgotten, survivors of the Holocaust, many suffering from … Alzheimer’s, have not. Some of the surviving victims may have forgotten the names and faces of their children and grandchildren but still remember the names and faces of those who tormented and murdered their loved ones and irrevocably destroyed their families and communities.”