The Society of Friends of Nepal (SOFON) invites you to the Celebration of Nepal Day, hosted by well-known artist Urmila Garg (painter, weaver and ceramicist) who in 1983 founded Nepal’s first craft school, Kalaguthi and the Nepal Creative Arts Trust. The day’s program includes:

King Birendra Beer Bikram Sha Dev was born on December 28, 1945 at the Narayanhity Royal Palace in Kathmandu, Nepal. The then Crown Prince Birendra began his education at St. Paul School in Darjeeling, India and later studied at Eton College in London, Harvard (USA) and Tokyo University (Japan). Crown Prince Birendra married Princess Aishwarya in February 1970. The royal couple had three children: Prince Dipendra, Princess Shruti and Prince Nirajan. He ascended the throne to become the King of Nepal on January 31, 1972.

Kin Birendra was an accomplished artist, a soft spoken, gentle and kind person. The king was deeply committed to the social and economic development of the Nepalese people. He divided the country into five development regions as a strategy for an effective implementation of his vision. He proposed to declare Nepal a Zone of Peace. It’s during his reign that in 1990 Nepal adopted a multiparty democratic system with a constitutional monarchy. Queen Aishwarya besides being an accomplished poet was also a social worker. She was the founder of Nepal’s Social Welfare Council. Tragically, King Birendra, Queen Aishwarya and all their children were killed in a mysterious royal massacre on June 01, 2001.

The Society of Friends of Nepal (SOFON) works in Nepal in partnership with Kalaguthi, which in 2002 was awarded the Tulsi Meher Social Service Award. For information and or to volunteer with SOFON, please contact 459-6781.

The Psychology of Money With Dr. Dragana Breberin. Published in THE VOICE September 4, 2002 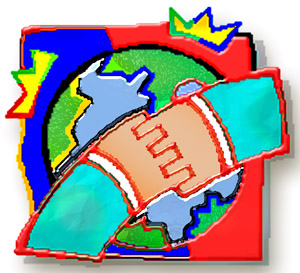