Articles
The Voice
Doing It Right

All Hallows Eve happens but once a year and some of us take the time to prepare for this magical evening. Others, however, find themselves rushing to create a costume on the afternoon of Halloween, or even worse, they give up entirely and miss out on one of the best nights of the year. That is what happened to me one year: I was wishy-washy about what I was going to dress up as, and where I was going to parade around my fabulous alter ego for the evening. Because of this procrastination and indecision I ended up staying at home and watching some movies; it turned out to be rather disappointing. This year will be different. Not only do I know where I am going to spend my eerie evening, but also, unlike the people who will be scrambling to find themselves a costume, I’ve made an effort to assemble my ensemble in advance.

The problem with merely throwing together a costume at the last moment is that we will often end up with a lame and forgettable outfit; it is not what we would have gone as if we had taken more time to prepare. Yes, it will usually be presentable, and good enough to wear out in public, but the costume could have been magnificent. We always tell ourselves that next year will be different; next time around we will make the effort to put together an amazing ensemble, which people will be talking about for years to come. My friend Brad wore an astounding Samurai costume one Halloween. He had procured himself a suit of armour from the set of a movie, which was being filmed at the local college. He already possessed a set of Samurai swords, and he had some of the clothing. The best part had to be the standards. He had two poles attached to his back, and rising to a height of about four feet over his head and shoulders. Each of these poles were flying a banner, proudly informing everyone which clan he represented. It was spectacular, and when we talk about that Halloween we still mention his costume to this very day.

Some of us would argue that it is not worth hours of our time to prepare for one night of display, but is it not worth it to create such a masterpiece that it is remembered for years to come? It is certainly better than simply throwing on our work clothes”?nobody remembers the time we dressed up as an employee of McDonalds or as the sales person at the Sony Store.

A few years ago I attended a house party to celebrate Halloween. It was great! People were dressed up, the lighting was spooky in an All Hallows Eve spirit, and two live bands played for the occasion. The first band was not so impressive; their set was as rough as sandpaper, and several times they had to stop in the middle of a song and start again because one of them had messed up. Although this sometimes appeals to those of us with a punk rock attitude, we could tell from their sloppiness that they were sorely in need of practice. In fact, they probably did not even care if they were playing at this party or not. This led us, the audience, to feel insulted and disappointed: this unworthy band was bringing down the spirit of the celebration.

Thank God for the second band. They played an amazing set, which was tighter than a pair of women’s jeans in the 80’s. They put on a stupendous show, and those of us who managed to squeeze into the crowed living room were jostled to and fro by the frenzied dancing that was going on. Everyone had perked right up, and the energy swiftly changed from the “who cares,” which the first band had instigated, to the “let’s rock!” of the second band. In the end, when we talk about that evening, we always reminisce about how good that second band was, and the other band has more or less faded into our unconscious”?akin to a traumatic experience best forgotten.

There is a saying, common in our culture and probably found in others, “anything worth doing, is worth doing well.” This phrase applies equally to any endeavour we have ever undertaken. We will often find that the end result from time and energy expended with care is a wonderful and memorable creation; it puts to shame anything we could have rushed, and haphazardly thrown together. The creative process is one of the most wondrous aspects of human existence, and thus, it deserves our care, respect and attention. 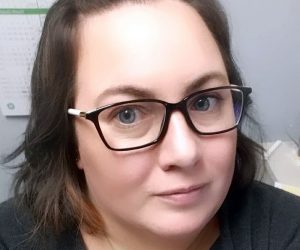 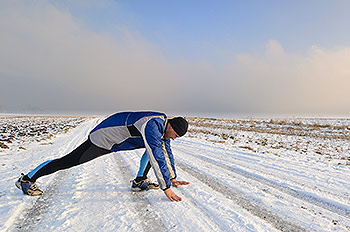