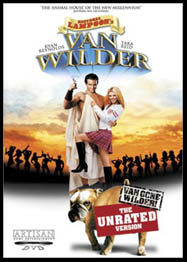 After a stressful week of late night researching for a paper, I decided that what I needed most was just to lie in bed and watch one of those senseless American Pie style comedies that force me to laugh all the seriousness of schoolwork out of my body. So my husband and I headed off to the local video store in hopes of finding a movie that would do just that.

At the video store dramas and thrillers like Insomnia with Robin Williams and Frailty with Bill Paxton were difficult to pass over since these are the types of movies we usually watch, but we were determined to get a comedy. My only prerequisite was that the movie did not star my fellow Canadian Tom Green; his insane kind of comedy has me seriously worried about his mental health. It was pretty slim pickings for a Saturday night at 9 P.M., but we finally settled on National Lampoon’s Van Wilder. Fond memories of other National Lampoon’s movies that I have watched in the past led me to assume this movie would be just as funny as the one’s starring Chevy Chase and his dysfunctional on-screen family from the 1980’s or John Belushi’s crazy antics in Animal House (1978).

This movie stars Ryan Reynolds of ABC’s former comedy series Two Guys, A Girl and a Pizza Place, later shortened into Two Guys and a Girl, as Van Wilder the perpetual college student. For seven years Van has been the life of party and the wise all seeing student that all others looked to for inspiration and advice, yet Van still does not have a degree. Van seems content with the cushy no worries college life he has come to enjoy over the years. On the other hand, Van’s wealthy workaholic father, Van Wilder Sr. played by Tim Matheson, is stunned to learn that he is still paying tuition for his son after all these years with no degree to show for it, so he goes to the school and surprises his son in the midst of one of his famous party’s and cuts the purse strings. This forces Van, with the help of his assistant (an exchange student from India who’s loyalty to Van is used in exchange for Van’s sexual expertise with the ladies in order to lose his virginity before he heads back home) and Van’s dope smoking tag-along right hand man to come up with a way to raise enough money to cover his tuition for the rest of the year. This leads Van and his two buddies to become Party Liaisons, charging the underdog party-illiterate of the school to throw them wild parties complete with beautiful girls and all the “trimmings” of a college party.

Meanwhile Gwen Pearson, played by Tara Reid of Josie and the Pussy Cats fame, a writer from the student newspaper is given the assignment of interviewing Van. A difficult task considering that in Van’s seven-year stint at the school he has refused all interviews. This does not dissuade the budding reporter to do all that she can to find out about this controversial but elusive student. Along the way Gwen begins to spend more and more time with Van, which infuriates her boyfriend, a pre-med student and head of the student government and the most prestigious fraternity on campus. Van’s spontaneity and compassion for others draws Gwen closer to him and farther away from her egocentric boyfriend. The measures these two men go through to win Gwen’s affections away from the other’s is comical and at times down right disgusting – I don’t think I will ever eat a cream puff again for as long as I live! When Gwen started interviewing Van she was convinced that he was just an immature, selfish jerk, but by the end of the movie she sees him as a compassionate, selfless helper of mankind and all in all a wonderful person who had just not reached his potential.

What really struck me about this movie was that it actually had somewhat of an interesting plot. I was really expecting a down right crude comedy comparable to National Lampoon’s Animal House (1978) and instead I got a comedy that was funny and interesting. Keep in mind, though, before you go rushing out to rent this movie thinking that it is along the lines of Chocolate or Pay It Forward – this is still a National Lampoon’s movie and at times it is crude and there is some nudity and coarse language. On the other hand, this movie is good if you want to watch something you don’t care to critique after and if you want “re-live” your younger days. If you laughed at the American Pies movies, you’ll love this one. Watch for Curtis Armstrong, Booger from Revenge of the Nerds, as the campus cop and a cameo from CHIP’S star Eric Estrada. Oh, and you probably shouldn’t eat pastry during the viewing of this movie; you’ll understand why after you watch it! 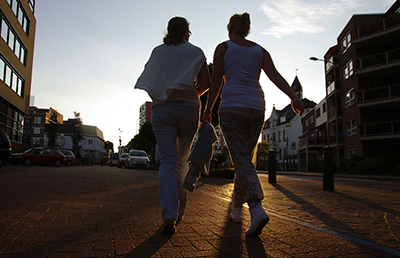 In Conversation With . . . Mic Boyd: Writing to the Beat