MONTREAL (CUP) — “Keep your hands off our healthcare, our education, our water,” said Canadian activist and author Maude Barlow’s to multinational corporations Friday at McGill University.
Barlow, speaking at the “Directing the Winds of Change: Educational Perspectives on Globalization” conference, attacked the increase in privatization of the “commons” or public services, which she says is occurring at an alarming rate here and internationally due to multinational trade agreements.
“These trade agreements used to only talk about tariffs and taxes, and now they’re talking about health care and education and water : taking over whatever was left out of the market system,” Barlow said.
The volunteer chairperson for the Council of Canadians discussed the broader forces of privatization, describing her recent trip to the World Summit on International Development, as “just a fancy trade show : BMW, DeBeers, all had a huge display.” Such summits, she said, are permeated with the “Washington Consensus,” and “you’re either with us or your against us” notions. Barlow contends that this pressures world leaders to yield to corporate control and ratify trade agreements such as the FTAA and GATS (Global Agreement on Trades and Services).
The result, she said, is the “privatization of everything,” which leads federal governments to cut public funding so those affected turn to private support in exchange for advertising and influence.
“Every time you let the private sector build something that the public sector should be doing, you prove the right-wing politicians right.”
Barlow focused on the corporate sponsorship of schools, which she said has caused a generation of people to, “in Ralph Nader’s words, “?grow up corporate.'” According to Barlow, Canada’s charter schools and vouchers are “failing, yet people are ideologically committed because the public schools have rats in the cafeterias [due to government cuts]”. She believes that in this case, “what has replaced democracy is corporate rule.”
To the people in audience she appealed, “Those of you in higher education, we need you to do research on the FTAA and the GATS.”
Karina Younk, conference co-chair of the organizing Education Graduate Student Society, commented that the privatization of education is especially noticeable in faculty research programs, where research grants can take precedence over education.
“There’s a concern in the faculty that the goal of faculty members is to go out and get contracts … While the professor is madly filling out research grants, they’re not teaching,” Younk said. 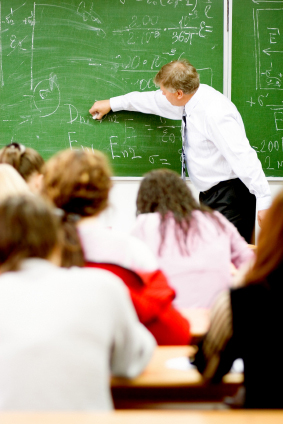 X-Press – Briefs from the world of education.