Articles
The Voice
Martin’s Eye on the Sky

(photo provided by The Insider)

Martin Connors has good reason to smile. AU’s own mathematician, physicist, and astronomer has been awarded a Canada Research Chair in Space Science. His research in the measurement of the Northern Lights and their magnetic fields has led to an improved understanding of space weather.

The Government of Canada announced the prestigious $900 million program in 2000 to support the establishment of 2000 Canada Research Chairs in Canadian universities between 2000 and 2005. AU’s first recipient of a Research Chair was Terry Anderson.

Not only has Martin been making the news because of the CRC appointment, but he and his colleagues have found that an asteroid discovered earlier this year follows Earth’s orbit around the Sun and will, in nearly 600 years, appear to orbit the Earth. In the October issue of the journal Meteoritics and Planetary Science, the astronomers announce that the asteroid, named 2002 AA29, follows a “horseshoe orbit” that makes it come near the Earth every 95 years.

It will next come close on January 8, 2003, although even then it will be much further away than the Moon and only detectable using large telescopes. The combination of Earth’s and Sun’s gravity works so that even as Earth pulls in the asteroid, it speeds up and moves away from the Earth. In this way Earth is protected from impact, despite the similarity of the asteroid’s orbit to Earth’s.

Besides finding that the object would come close to Earth next year and then move around Earth’s orbit to come back in 2098, the team found that in about 600 years, the asteroid will become a “quasi-satellite” of the Earth. While Earth has only one natural satellite, the Moon, for about 50 years this small asteroid will move near the Earth and appear to be in orbit, going around once a year.

Martin and his colleagues hope to use2002 AA29 as an example showing that asteroids moving along Earth’s orbit do exist, so that they can search for other asteroids with orbits even more similar to ours. Such asteroids could be good targets for space missions and could even be sources of raw materials in space. These special asteroids will likely be hard to find but fascinating.

For more information about the team’s findings:
http://www.astro.queensu.ca/~wiegert/AA29/AA29.html 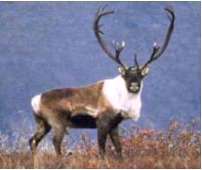