Articles
The Voice
Origins and Understanding in a Hermeneutics of Suspicion

However, this is not my question alone, even if it is my own question, here and now: it is a question that any writer at any time must ask him or her self. Confronted with a blank page and the desire to relate something, a writer either asks this question directly, or has presupposed it by beginning somewhere.

The same can be said of interpretation. An interpretation begins somewhere, and in its beginning it presupposes the question of how it began; that is, the question of how to begin an interpretation is either explicitly formulated by stating its beginning assumptions, or else it is implicitly not formulated by ignoring its own assumptions and proceeding directly to its main body, which would be, like in a piece of writing, what it asserts, describes, relates, or otherwise puts forward. Put differently, an interpretation must have an origin, and this origin can either be directly acknowledged or systematically effaced. However, we can wonder to what extent the origin of an interpretation, whether explicit or implicit, is able to be justified as a firm foundation on which to begin; in other words, we can wonder if there is an origin in an absolute sense “? an unbiased and neutral “view from nowhere” “? or if there are merely places from which to begin, such that these places are not so much an origin, but more stations of arrival and departure that have come from somewhere and are already on the road to somewhere.

If we are to undertake a postmodern approach to hermeneutics, then we must adopt the latter over the former: there can be no absolute foundation upon which an interpretation is built beyond that which the interpretation presupposes; thus, each beginning is not an absolute origin, but a point on an already established trajectory. Put differently, and more in line with prospects that this has to do with understanding, we must take pains to be aware that the interpretation which guides our understanding is not absolute but relative to the presuppositions of our artificial and non-existent origin. In other words, a “?hermeneutics of suspicion’ is the best position from which to undertake any interpretation.

It is an affirmation and recognition of the other which gives rise to the necessity of interpretation. Confronted with the unknown and the alien, we seek to understand what is foreign by attempting to appropriate these strange and different elements into a pre-existing pattern of comprehension. However, our familiar patterns of comprehension are relative to our understanding, and as such, do not reflect an absolute measure of truth, but merely truth as it occurs by ways of our habit and conditioning, by means of our limited and finite being in the world. Thus, a hermeneutics of suspicion encourages us to acknowledge that our ways of interpretation are themselves open to question, that there is no pre-established definitive truth to our methods. In other words, a hermeneutics of suspicion allows us the opportunity to recognize that an interpretation begins with a particular approach to that which it is to interpret; therefore, each specific interpretation will reveal or expose some sense or aspect of understanding while it will also conceal or exclude other senses or aspects of understanding. Put differently, we can recognize that a specific interpretation stems from a beginning which is not itself an absolute origin, which cannot be neutral and disinterested, but is merely a place to begin from, and thus, begins with assumptions and presuppositions. An interpretation, in beginning from a set of presuppositions and assumptions, will produce an understanding that stems from those same beginnings, and thus, will include only what those beginnings are prepared to allow and exclude what cannot be grasped or contained within what must be a finite and limited starting point.

From this recognition it follows that we are in a better position to be open to a greater, broader, and deeper understanding if we neither fixate ourselves on a particular method of interpretation, nor privilege one possible interpretation over other possible interpretations. If we succumb to such fixation and privilege, then we fall into the trap of reductionism; that is, by adopting a fixed and privileged strategy to interpretation we will limit our understanding because we will always take any experience or phenomena and reduce it to what fits into our particular approach. We will always take any X and, through our privileged method of analysis, show how it is indeed Y. Thus, in reduction, not only do we severely limit the possibilities of our understanding by framing what is to be understood in a way that is already familiar, established, and fixed, but we also deny any real occurrence of otherness through reducing the other to that which is already part of us. Put differently, the other is neither appreciated, nor recognized, and becomes, in a word, obliterated, under the severe constraints of the reductionist tendencies that are found in an approach to understanding that functions only under the operations of a singular interpretation. The way to avoid reductionist tendencies, and thus, to delimit our potential understanding, is to recognize that X appears as Y when viewed under the set of assumptions Z. Such a recognition is demanded by a hermeneutics of suspicion.

A result of such a move away from a universal hermeneutic is the recognition and appreciation for difference. Contradictory interpretations are no longer seen as a dichotomized situation where one interpretation must be correct or true, and the other incorrect or false. Rather, the interpretations are seen to complement one and other; that is, given the assumptions of the interpretations, we come to recognize that it is possible to have contradictory views, and one view does not necessarily require the negation of another view. Both views can be seen to benefit our understanding as each sheds a certain degree or slant of light upon that which is being interpreted. In other words, we gain a greater appreciation for the depth, complexity, and wonder of life by acknowledging that things can be seen from many different sides and from many different angles. Moreover, the more sides that we come to appreciate about a given thing, the more we will understand what that thing might actually be, or at least come to a greater understanding of our relation to it.

Approaching interpretation with a hermeneutics of suspicion appears to be the most appropriate way to strive to fulfill our capacity for possible understanding. We have seen how such an approach shuns the idea of a necessary interpretation, which in turn preserves and respects the other by avoiding absolutist claims of reductionist methodologies. This leads us into an opened approach where possible interpretations”?even contrary interpretations”?weave themselves into a tapestry of understanding that is always a work in progress and which is always obligated to reflect upon its own pattern and design.

Fly on the Wall—Every Picture Tells a Story 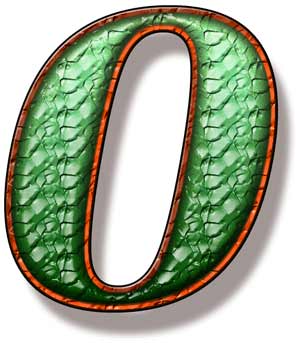