Articles
The Voice
Bison: the other red meat? Worth a Second Look

According to the Canadian Bison Association, “bison is back.” This majestic animal, once nearly extinct, is again popular with consumers because of its flavourful and healthy meat. In 2001, Reader’s Digest named bison as the fourth most nutritious food product for women, and chefs like Bobby Flay feature bison on menus in their restaurants.

Described by the National Bison Association as “the largest land animal in North America since the ice age,” the bison is easily identifiable by its thick fur, shoulder hump, and sharp horns. Originating in Eurasia, scientists believe that bison crossed the Bering Strait land bridge arriving in North America, where two subspecies, the plains bison and the wood bison, survive today. A third subspecies, the European Wisent, is almost extinct and is mostly found in parks and zoos.

Bison once roamed North America in large herds, numbering at one point approximately 60 million animals, and was a source of food, clothing and fuel to North American indigenous peoples. Between 1800 and 1889, the bison population was reduced to 1500 animals as settlers and hunters systematically eliminated bison from the North American landscape. Due to the progressive thinking of conservationists and ranchers, the first bison protection refuges were established in Montana. Today, between public and privately owned herds in the US and Canada, the bison population in North America has grown to approximately 350,000 animals.

North American bison belong to the family Bovidae, in the order of Artiodactyla, along with cattle, musk ox, big horn sheep and the Rocky Mountain goat. There are three subspecies of the North American bison: the plains bison is classified as Bison bison bison, the wood bison as Bison bison athabascae, and the European Wisent as Bison bonasus. Scientists prefer to identify the animal by its proper scientific classification, “bison”, but the public tends to identify the animal as “buffalo.” A 2001 survey conducted by the Canadian Bison Association measured the preferences of consumers regarding bison products and marketing, showed that 69.9 percent of consumers felt that the term “buffalo” is more recognizable, while 30.1 percent identified with the term “bison.”

Most people refer to bison by the term “buffalo”; but “buffalo” is not the correct term for the North American animal. Related to the bison, buffalo are wild or domesticated oxen native to Africa and Asia, of the family Bovidae, subfamily Bovinae. Subspecies of the buffalo include the cape buffalo of Africa (syncerus caffer) and the water buffalo of Asia (Bubalus bubalis).

The National Bison Association cites Albert Rorabacher’s book, The American Bison in Transition, for introduction of the term “buffalo” into North American vernacular. During the seventeenth century, French explorers in North America referred to the new species they encountered as “les boeufs,” meaning oxen or beeves. When the English arrived later, they changed the pronunciation to “la buff.” The name grew distorted as “buffle,” “buffler,” “buffillo,” and, eventually, “buffalo.”

The bison has a certain mystique attached to it and is synonymous with images of the North American frontier. The Canadian Bison Association consumer survey also tested how consumers identify with the bison. The survey showed that 66 percent of respondents identify the bison with North American heritage, 40 percent with game meat, 38 percent as luxury meat, and 11.5 percent associated bison with being an endangered species. The Canadian Bison Association notes that BC salmon, Atlantic lobster, maple syrup and a few other products are the only other foods that is so uniquely identified with Canadian heritage.

Bison meat is increasing in popularity and has moved out of the realm of gourmet dining. Today, bison is available in grocery stores and butcher and specialty meat shops and is available in a variety of cuts including ribs, roasts and steaks. Many consumers find that bison meat tastes sweeter than beef, and has richer flavour.

Bison has less fat than other meats including beef, chicken, pork and lamb, making it a popular choice for healthy dining. The Canadian Nutrient File 2001 compares bison meat to other cooked lean meats. At the top of the chart, 100 grams of bison meat has 2.2 grams of fat compared to beef at 9.38 grams of fat and skinless chicken at 7.41 grams of fat. The same source shows that bison meat has fewer calories, less cholesterol and more iron per 100 gram serving, compared to other meats.

Cooking methods for bison are similar to those for beef, but due to bison’s low fat content it requires special attention while cooking to ensure that it doesn’t dry out. The Canadian Bison Association recommends using lower cooking temperatures and a meat thermometer to monitor the internal temperatures to avoid overcooking. Bison meat is deeper in colour than beef and lacks the marbling of fat that beef has, causing it to cook faster than other meats. In beef, the fat acts as an insulator, which slows the cooking of the meat. The rich flavour of bison meat means that less salt and fewer spices are required to flavour the meat during cooking.

Sear the roast on a broiler or in a hot pan. Season with salt and pepper and a little paprika. Top with savoury crust mixture. Roast in a 300 degree F (150 degree C) oven until it has reached an internal temperature of 140 degrees F (60 degrees C). Let the roast rest for 10 minutes before slicing. While roast is resting, prepare a jus or gravy from the drippings.

– From the Alberta Bison Association

Mix all of the ingredients together. Shape into patties about half inch thick. Brush grill with vegetable oil. Grill patties about 4 inches from coals, turning once, until they are done to taste (4 to 5 minutes on each side for medium). Serve with hot chilli sauce.

To broil burgers: Set oven control to broil. Place patties on rack in the broiler pan. Broil with the tops about 3inches from the heat, turning once, until done. (Broil 4 to 5 minutes for medium.)

—From the Saskatchewan Bison Association

More recipes and information about bison can be found on the Canadian Bison Association website (SEE: http://www.bisoncentral.com/cba/index.html), in the consumer edition of the association’s publication, Smoke Signals (May 2002 edition) or on the websites listed below.

The Canadian Bison Association and the provincial bison associations provide bison resources for the public and can provide information including where to purchase bison meat, recipes for preparing bison and nutritional information about bison products.

The Fly on the Wall—Celebrating Silence as Pure Study Gold 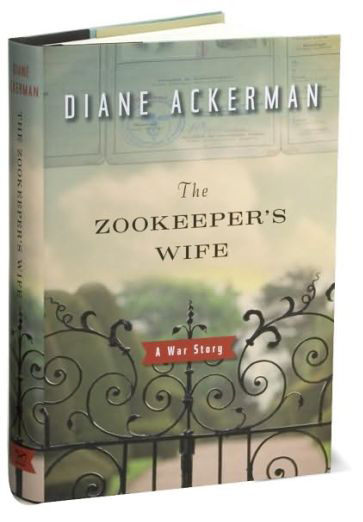