Articles
The Voice
Nature Notes – From the Backyard to the Biosphere. Let it Snow, Let it Snow 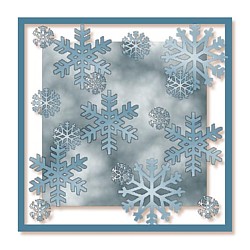 Snow – some say you either love it or hate it. As most Canadians probably agree, there’s a little bit of both love and hate in our relationship with the great fluffy white. A look out the window at the first snowfall, or a magical early winter evening, with the first flakes lit up by a bright moon – what could be lovelier?

Like it or not, snow covers 23% of the earth’s surface. Avalanches, frozen soil and frigid temperatures aside, the sheer fact that snowmelt requires so much solar energy as to delay the onset of spring’s warmth is enough to lead to a feeling of resentment in our chilly northern home. Freezing rain, hail, slush and sleet: words to chill the soul of any Canadian motorist. It’s not hard to recall some scary experience one has had with snow on the roads.

But who could deny the beauty of the substance, the hexagonal crystals worked together into a perfect lattice, the fact that such intricate designs could arise from so crude a process as water vapour building up on dirt and other particles in the air…

Our knowledge of snow may seem intimate, as we struggle each morning to clear the driveway or front walkway. But amazingly, we do not even distinguish in our language between snow that is falling and snow that is lying on the ground. Beyond indicating a verb (i.e. it is snowing) as opposed to a noun (i.e. it is snow), many of us tend to regard snow as a vast, homogeneous pain in the butt. Of course, if you ski, snowboard, snowshoe or do any winter hiking, you will very likely have your own system of distinguishing the different types of snow from one another. But many northern peoples record in their language their detailed understanding of snow and its impact on their daily lives, with terms for hardness and softness, brightness and freshness…

Ice fogs and diamond dust, beautiful phenomena restricted to high altitudes and latitudes, can produce optical magic, the air appearing to sparkle as the sunlight bounces off the floating ice crystals. And so dynamic a substance is snow: the snowpack constantly morphs through the season, through the forces of wind at the surface, solar radiation from above, and gravity shifting the structure under its own weight.

Despite the drag that snow so undoubtedly is in our daily existence, it is part of what informs our cultural identity. We are a people of parkas, snowpants, toques and scarves, snowtires and winter sports. We are the skiers, skaters and hockey players; we have embraced our biggest pain in the neck. The lovely yet annoying, charming yet despicable substance that lights up our winter days and brightens our country for much of the year – snow: you gotta love it.

For more information on this subject, please refer to the outdoors from now until April. Merry Christmas, everyone! 🙂