Columns
The Voice
From My Perspective – Napping 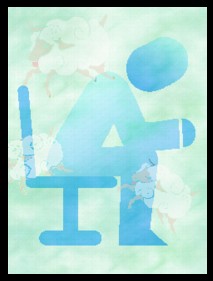 This week I’d like to talk about something many of us probably do, but may not admit it – take an afternoon nap! The nap is highly under-rated and underestimated in its restorative effect, and for students, it can be a powerful tool for keeping us going:.and going:and going:

I learned to use the afternoon nap during my years as a musician. I worked odd hours, sometimes not getting to bed until 3 or 4 AM or later, and I had small children to take care of in the morning. Although I had trained my daughters from an early age to prepare their own breakfast, they usually didn’t let me sleep in for too long. The only way I was able to maintain my energy for my evening’s performance was by having a 10 or 15 minute “power nap” after supper, shortly before I had to leave for work.

Once I stopped working regularly as a musician, I discontinued the afternoon nap. I was too busy maintaining a home, running children to dance class, working, and just cramming as many activities as possible into my day. I kept this up for many years. For a while I was working full time, taking a two hour bus ride round trip, and by the time I arrived home and made supper it was almost 9 PM. If I attempted a nap at that hour I was out until the following morning!

After two years at that job, I was laid off. It turned out to be the best thing that ever happened to me. For the first time in my life I actually qualified for unemployment insurance (I was always self-employed before), and this gave me the opportunity to spend some time rethinking where I was going with my life. I was already enrolled at AU part time, and after a few weeks made the fortuitous decision to apply for a student loan. To my surprise, my application was approved, and I started going to university full time.

Soon afterwards I also began a part time job, and became involved with the student union. Once again I was filling my day with as many activities as possible, but this time I was unable to keep up the pace, and I became run down. My body reminded me that I needed to take care of myself, and I was forced to rediscover the afternoon nap. Initially when my health was poor, I was sleeping several times a day. But once I had my energy back, I realized just how important that nap was to keeping me going, and I’ve made it a habit once again.

The “power nap” has become even more important now that I’m working late shifts again. After a long day of studying, taking care of family responsibilities, and student union activities, I often arrive at work in the evening very tired – yet needing to remain alert until midnight. For a while I would fight it by moving around or going for a walk on my breaks, but one day I realized that I fared much better by taking my breaks in the quiet room, closing the door, and enjoying a 15 minute snooze!

At first I worried that I might doze off and not return to my station on time. But I made a strong mental note before closing my eyes, looking at the clock and then giving myself a specific time to wake up (either 15 minutes or 30 minutes depending on the length of break). I’ve never had a problem waking up in time, and I return to my desk refreshed and alert. One day I was particularly tired, however, and decided to mention to my co-worker that she should come looking for me if I didn’t return. To my surprise she admitted that she did the same thing on her breaks!

The afternoon nap is not my original idea, of course. Mexicans have been doing it for centuries, and recent studies have confirmed the benefits of napping on extended productivity and mood. There are very valid physiological reasons for this. Body temperature drops about 8 hours after waking, similar to what occurs when falling asleep at night, and the body naturally prepares for a nap. Research has revealed that:

Â· Europeans and Latin Americans, most of whom nap regularly, score better on stress tests than Americans.
Â· The risk of heart disease can be decreased by regular thirty-minute naps.
Â· Naps enhance your ability to pay attention to details and to make decisions.
Â· Naps taken about eight hours after you wake are better than adding that time to already adequate nocturnal sleep.
Â· Naps improve mood and alertness.
… From: Power Sleep, Dr. James Maas.

In The Art of Napping, psychologist/author William Anthony (1997) extols the virtues of the nap, profiling famous nappers such as Winston Churchill and Thomas Edison. Sleeping on the job is no longer a reason to be fired. Some companies; particularly high stress jobs involving shiftwork; are realizing the value of the nap and are encouraging employees to utilize “productivity napping.” Anthony and his wife have gone on to form the Napping Company, a group that advocates for the benefit of napping. Their website is full of interesting information about napping.

The key to successful napping is to keep it short. Optimum time is twenty to thirty minutes – any longer will put you into a deeper sleep cycle and it will be difficult to wake up. Sleep experts also recommend not napping too late in your day so you don’t disrupt your regular sleep schedule. If you are unable to nap regularly, even a short time of meditation or relaxation with eyes closed will go a long way toward restoring your energy. For students, exam performance can be greatly enhanced by short naps before all-night study sessions. The judicious use of napping can have a strong preventative effect for the negative effects of chronic sleep deprivation, something Athabasca University students are all too familiar with.

Those of us who nap are in good company. We’ve already known the secret for a long time, and now we have scientific evidence to back it up. If you haven’t tried it, I’d highly recommend you do. Now I’m going to go have my 15 minute “power snooze”!

LAST WEEK WE ADVERTISED THAT DEBBIE’S ARTICLE – POPSTARS: THE FIRST AUDITION – WOULD BE RUNNING THIS WEEK. UNFORTUNATELY, THE SHOW’S SCHEDULE WAS INACCURATE, AND THE EPISODE THIS ARTICLE REFERS TO WON’T BE RUNNING UNTIL THE EVENING OF JANUARY 23RD. TUNE IN AND WATCH, THEN CHECK OUT DEBBIE’S ARTICLE NEXT WEEK, ONLY IN THE VOICE.

Many of you may enjoy watching reality TV, and are planning on watching the newest episodes of Canada’s Popstars: The One, that began airing last Thursday on Global TV. One of my daughters is a finalist, and will be appearing on the show, beginning with the Edmonton audition episode. Her experience has been an extremely interesting one, and starting next week I will be sharing with Voice readers what it was like, and how it has affected her and our family. Neither she nor I agree with the manufactured pop star concept, so we have been very ambivalent through the whole process. As proud as I am of her accomplishments, watching her on national TV and hearing and reading things that are being said about her performance is going to be both exciting and stressful. I know many of you already feel you know me and my family quite well through my writing, so I hope you will enjoy this very personal glimpse into our lives. When you watch the episode, look for a red-head named Amaya. Check out detailed episode information online at www.popstars.ca.,

Next week: Popstars – the first audition 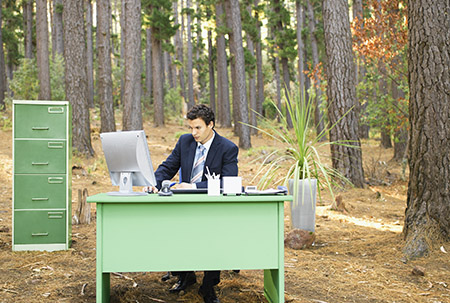 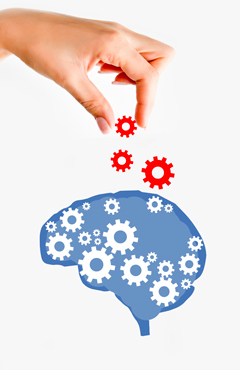 Some of the World’s Most Prolific People