Articles
The Voice
FROM MY SOAPBOX – The High Cost of Defense 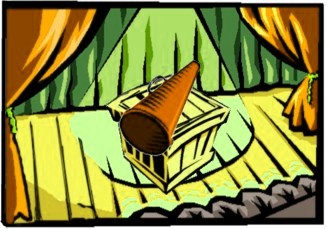 Am I the only person who is getting tired of hearing how Canada has relinquished our defense of our own borders and should be thankful that the Americans are willing to do it for us? The most recent statement I have heard to this effect was from Tom D’Aquino, president of the Canadian Council of Chief Executives (and how exactly, did that organization arise? Someone said, “D***, the courts won’t let us keep the women and lower races out of our gentleman’s clubs, what are we going to do?” The result was a merit-based club, where the membership criteria restricted all the same people but without once mentioning gender or race).

Just what is it that America is defending us from? In the 50s and 60s it was supposed to be communism. Yet, at no time did the USSR ever threaten to attack us. Why, really, did the US build the DEW line on Canadian soil? Not to protect us – any warning it gave us would be neither distant nor early – but to ensure that any war fought between the two superpowers would be on and over Canadian territory, not American. Thank you Uncle Sam!

What are we threatened by now? Terrorism that is not directed specifically at us, but at America and it’s allies. America does not defend us – our alliance actually puts us at risk! I don’t mean to advocate pulling out of NATO or other alliances to increase our safety. I happen to agree that stopping terrorism (or the Soviet brand of “Communism”) is a good thing. I merely point out that we are not the deadbeat spongers of American welfare that the hawks would claim. If we had done nothing else than allow America use of our land and airspace during the cold war they would still owe us an eternal debt of gratitude, but we go further. Whenever Uncle Sam calls, we step up. We don’t bring much in the way of numbers or funds, but we’re always there. We were there in Korea. We were there in the Gulf War – because it was right to defend Kuwait, which is more than can be said of America’s reasons. We were there when they invaded Afghanistan. Where were they when we needed them in 1939?

In an interview with CBC Radio’s “As It Happens“, D’Aquino said that we needed to lower our borders with America. He said that we needed to establish rules that would let us have a single commerce system. When Mary Lou Finley pointed out that we have NAFTA and we still have a problem with softwood lumber he said that that was “just one example” and that we have a great deal of trade that works well under NAFTA. I agree. Unfortunately, America operates under American rules. They don’t care about international treaties. As long as NAFTA works for Americans they will abide by it. As soon as something comes up that operates against American self-interest, they will discard it. Remember the Anti-ballistic missile treaty? For decades, we were told it was preventing nuclear war. Now, powerful military interests in the US think they can make a lot of money providing missile defense shields and America tears it up. Strange, that when North Korea sees no benefit in continuing to observe international treaties everybody cries for enforcement. The US has a long history of supporting and arming terrorists – Osama bin Laden for one – yet they must stop Iraq from doing the same (not that they’ve ever shown us how Iraq was supporting terrorism). North Korea must be stopped from supporting terrorists but the US, in a clear act of piracy, seized arms they thought were going to a legitimate struggle against occupation in Palestine, but gave them back when it was discovered they were going to Yemen (a notably stable regime!).

We don’t need to lower our borders with America – we need to raise them. It’s time we realized that, much as we rely on our trade with the US and share many common concerns, we are not American and don’t share all of our values with them. We can afford to maintain our distinctness, and if it costs us some trade, so be it. We are the peacekeepers and negotiators, not schoolyard bullies.