Part 4 in a continuing series about the Canadian Television talent competition, Popstars: The One.

True to her word, Amaya called each evening after bootcamp to give us a synopsis of the day’s activities, and to let us know how she was feeling about everything. We eagerly awaited each call, with our first question always “do you get to stay another day?” Although she did her best to give us an idea of what it was like, watching the episodes and finally seeing what exactly she was experiencing before those calls has been very revealing.

When the television ads for Popstars: The One started airing back in December, we eagerly scanned them for a glimpse of Amaya, but she appeared in none of them. We didn’t know what the show format would be, nor how the episodes would be structured. The ads themselves, however, were vaguely disturbing. They seemed to be trying to create a cheap imitation of American Idol, with catch phrases like, “watch dreams being crushed” and “idolize this.” Amaya had told us that the judges were always very nice and encouraging to her, and I sincerely hoped that the program was not going to be administering the American Idol type “dream crushing” to any of the young hopefuls who had gone to bootcamp.

The commercials made me even more disenchanted with the whole thing, and I started to feel apprehensive regarding what it would be like to have Amaya become the subject of commentary, criticism and ridicule – all in the name of making “good TV.” Knowing my daughter’s tendency to push limits and be “off the wall,” I was afraid that she just might do something bizarre that would come back to haunt us when the program finally aired. The absolute absence of any pictures of Amaya on the ads or on the website was strangely comforting. Hopefully she would not end up becoming one of those who became a household name due to some unusual or dramatic occurrence on the show. Once again I was struck by the ambivalence of it all – wanting the opportunity, yet dreading the subjectivity of the Popstars’ judges and producers, and what they would portray to viewers across Canada.

We eagerly gathered to watch the premier episode, only to discover that it had no footage of Edmonton at all. We waited for two more weeks for the Edmonton segment. I had not been particularly impressed with the first two episodes that featured other cities in Canada, and the Edmonton one was a disappointment too. Rather than showcasing the talent of those who were chosen, the cameras gave us plenty of footage of the judges discussing their opinions, pictures of everyone’s reaction as they received good or bad news, and only short segments of the young performers themselves. While we occasionally heard some sing a few notes, most were not even given a chance to sing on camera, leaving viewers to make a judgement based solely on visual appearance or on some quirky behaviour (the girl who sang Yankee Doodle with her mouth closed comes to mind). Many were sent to bootcamp without even appearing on the episode except for a picture flashing by at the end! 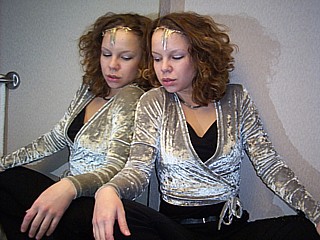 This continued even once bootcamp began. After watching the first two bootcamp segments it became clear to me why the previous two Popstars groups had gone nowhere. Making a judgement based on what constitutes good television is not the same as choosing real, enduring musical talent. Listening to how the judges arrived at their opinions was an eye opener too.

I was quite disappointed when I heard Erica make a voting decision on the basis of someone being a single mother – what on earth does that have to do with her ability to sing? Or to hear Paul Myers tell one contestant who sings with a high rapid trill, that she should change her voice to something else for the afternoon audition – obviously not understanding that this is how she sings. I found it quite amusing to hear the comments of the Power92 judge – a young man who looked all of 16 years old – claiming that according to his extensive experience, Amaya didn’t have “star quality.”

It was also quite disturbing to see how the male judges were so obviously swayed by the physical attributes of several of the female contestants. While it is true that beauty sells, it contributed even further to my viewpoint that this was not really going to be about who had talent.

However, it was still thrilling to catch our first glimpse of Amaya on national television. My heart swelled with pride watching her, although I was very disappointed that she was not shown singing. I got a kick out of her confident thumbs up and sassy “good choice” comment after the judges told her she had made bootcamp. She projected such an aura of self-confidence, yet on the other side of the door she had been so ambivalent and hesitant to follow through with the whole thing.

It’s been very interesting watching the show with Amaya. She offers additional information on each activity and what it was like. I ask questions about the other contestants, but she keeps saying that everyone was really nice, and is generally unwilling to say anything negative about anyone. On the Popstars website the discussion forums have been actively dissecting he show, the contestants and the judges. Most are as disappointed as I am with the way things have been presented; the fact that audiences are supposed to be part of the voting process, and yet have been given virtually nothing to base their decision on. Many have come to the conclusion that the notion that the audience will choose the winner is just a sham, since people will vote for whoever the producers have picked and presented as the most appealing on camera.

As I watched the first two days of bootcamp, it has become very apparent that viewers are being manipulated. Certain people are given inordinate amounts of airtime, others we see virtually nothing of. The cameras present only the aspects of the person that the producers wish us to see. Amaya has commented how certain performances were not at all like they seem on camera, but that only sections that portray either a bad or good part of the performance are shown. Many of those who seem to be wonderful, unique singers, were in reality not that way in person. Some with unusual qualities, or those that had voices particularly suited to a certain style, were in fact very boring and repetitive, since they were unable to sing any other way or move out of character. Others who had incredible ability and range were virtually ignored. According to Amaya, the short segments on camera that we’ve seen so far in no way have showcased those with real talent.

In other cases excellent performances were cut or not shown at all, and much was made over those that “choked.” On Day Two, this was demonstrated by two that had problems in their performance. Playing guitar and singing, Aaron forgot his words and fell apart. He ended up being cut for it. At the same time another singer, Curtis, also forgot his words, but faked his way by crying and claiming the song had reminded him of a broken love affair. This won the sympathy of the judges and he remained. It made better television!

Of course, it’s logical that the producers will structure the show in such a way so that they can justify the decisions of the judges and provide maximum entertainment value. Showing 90% of a performance that is excellent is not as effective as the 10% where something less than excellent happened. As we’ve watched the show, Amaya and I have discussed this. You are only as good as your next performance on this show, and no amount of incredible talent will compensate for one really bad day.

Amaya has always been very determined to try and be true to herself, unique and different in her approach to everything. But would this work with a group of judges eager to find someone who they could mold into their notion of a manufactured popstar? By the time she called on Day Two of bootcamp, I could sense that some of the pressure was starting to affect her. She was thrilled to have made the cuts, and was enjoying a wonderful learning experience, but her initial ambivalence was surfacing again. I did not know it at the time, but she was also bothered by the way they were required to vote against fellow contestants – it went against her notion of respect for fellow performers. Still, I kept reassuring her that we had the utmost confidence in her talent and knew she could go all the way if she wanted to. I encouraged her to just keep learning and having fun, and reminded her that no matter what happened we were proud of her and loved her.

Pictures, bios, episode summaries, and other information are available on the Popstars website at http://www.popstars.ca.