Articles
The Voice
THE HARRIED STUDENT: STUDENT OF THE WORLD 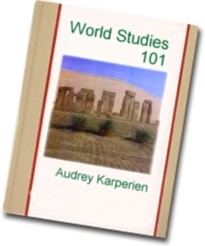 My new editor asked me a question. She asked: Did you have a major system shock coping with the climate change from England?

A fair question. But it can only be understood if you know my situation. I’m a Canadian, an Albertan, to be specific. I’ve been doing distance ed since before the hoodoos were carved. I finished my undergrad degree through distance ed, and am now doing a masters program through distance ed. I recently moved back to North America from England. I was there for a year doing distance ed acrobatics with my espoused in Salisbury, a lovely, historic city near Stonehenge, but am now in the United States, still doing my own distance ed thing but watching my husband do F-16 aerobatics in the Mojave desert, which is near Death Valley. Yes, the desert. I live there. Honest.

My editor wondered how I coped with the change when I moved. Well, I did notice a difference as I made the transition from continent to continent. The English temperature, for instance, was moderate and fluctuated little, whereas the Mojave’s, in contrast, is wholly ungoverned and mostly extreme. It’s near freezing in the morning, 25 degrees Celsius at noon, and bone chilling cold by suppertime”?akin to driving north-south across Alberta every day, if you know what I mean.

I noticed a difference in the rain, sun, and wind, too. England was wet. The desert is not. In England, sunglasses were an accessory, but in the desert they are a necessity. Even indoors, the glare is amazing. You wouldn’t believe me if I told you. So I won’t. But I will say for those of you who ski or play outdoor hockey that it is a lot like the glare that makes you snowblind. As well, in England the wind could whip around a bit, every once in a while grab some thatch off the roof or send the odd sheep over. But in the desert the wind screams and howls and the trees curve in perpetual obeisance to its might, which, incidentally, approaches that of the sort of wind that could carve a hoodoo.

I noticed that even the colour of the landscape and the types of living things that abound are different. For instance, while England was green, the desert is not. England has trees, a multitude of trees, and bushes and grasses and heather, like you find in Alberta’s diverse parkland. But the Mojave has scrawny bushes, spaced out Joshua Trees, the odd palm, and a few conifers strewn about a sandy base. If you want to visualize this, take a swath of Boreal forest, grab a few tumbleweeds south on Highway 2, add some deformed cactus-like things, and spread it all sparsely “?round the Drumheller rockscape,

Another change I noticed was in the wildlife one tells one’s children about. England had spiders whose only claim to fame was frightening Miss Muffet, but the desert has rather cruel ones who kill Mr. Muffet in chilling fashion and remorselessly sting like irritated wasps. And whereas England had huge, friendly, slimy slugs that make great if short-lived house pets, the desert has huge, unfriendly, scaly rattlesnakes that will stick you and snicker as your leg goes gangrenous. Deadly as a bear but sneakier.

So, sure, there are differences. I left a gentler place for harsher, unforgiving reality. But were the differences shock inducing? Maybe for some. But for me and my kind? How did I cope? Huh? Who needs to cope? I’ve always worn shorts with my parka. Scorch me and blow me around like a mobile home, Mojave breeze, for I have bathed in the breath of the Chinook and ridden the Alberta Tornado. My sister got kicked off the men’s hockey team for playing too rough, and my brother rides his 10-speed through the Rockies and to the badlands. Up hoodoos and down again, mister. I ain’t afraid of no snakes. Bam-a-lam, Black Betty, bring it on spider Widow Woman and sting me. I’ll like it. Come, come now. I can get a distance ed degree and turn around and ask for more. I can hack the desert program. Desert, shmesert. I am the harried student from Alberta.

Audrey is a distance ed maven and part-time writer living in the shadow of barren mountains, beside yellow-red lake beds without lakes, amongst the tormented Joshua trees, in the Mojave Desert in the United States. She is finishing her last year of an honours Master of Health Science degree, in preparation for a distance ed PhD in how to get a distance ed PhD. A mother of four, she sporadically sleeps, is in love with fractal math, and has found peace where neuroscience and Java programming meet. 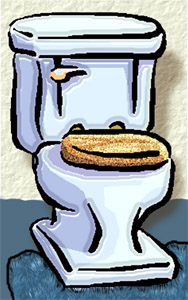 The Harried Student Goes to the Doctor