Part 5 in a continuing series about the Canadian Television talent competition, Popstars: The One.

By Day Three they were halfway through bootcamp, and in Amaya’s call that evening she sounded really relaxed and happy as she excitedly shared the news that it was down to only 20 – with all of Edmonton, including herself, still in the running! It seemed like she was coming into her own and feeling really confident. She told me that they had been required to compose an original song to a rather bland background beat, but that she had really enjoyed the exercise since she felt it gave her a chance to showcase her talent in that area. Her lyrics are always extremely thoughtful, quite complex and profound, layered with hidden meaning. On watching the episode it was apparent that the judges appreciated that very quality about Amaya – her intensity and depth of emotion. Unfortunately not everyone did. When Amaya announced the title of her original piece, “We are God’s Dream, Pray It Never Wakes,” the camera panned to another contestant, Carla, showing her rolling her eyes with an expression of disgust. I must confess I felt a twinge of pleasure when Carla got cut later that day, since I really have little use for performers who don’t respect others.

I asked her if she was spending any time in the evenings with the other performers, and she commented that although they were all nice, most of them didn’t seem to like her much. I reminded her once again that there was always a lot of jealousy and back-stabbing in these types of competitions, and suggested that she should try not to worry about it, but just continue to learn and enjoy the experience. She said it wasn’t bothering her, since she knows that people sometimes find her a bit abrasive and “out-there.” In any case, she felt that the judges all liked her, and she told me that Erica in particular always had really positive and nice things to say. Of course I knew from my own experience in judging competitions that who the judges liked did not always end up winning. I recall one singing competition I was involved in on the judging panel – with myself as the professional musician/singer, and two others – a booking agent and a radio personality. At the end of the show, people were very upset because the person who was the clear winner was not chosen. However, it was the judging system that was to blame – I had chosen her, as had the booking agent. The radio personality, however, had not voted for her at all. When votes were calculated overall, the person who was second choice ended up ahead! 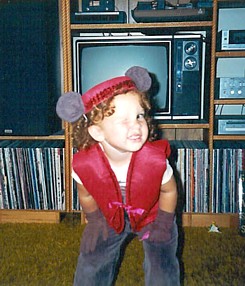 Amaya and I talked a bit more on the phone about the whole competition thing, and how people can be really vindictive towards someone who is more talented or more successful than they are, or someone who just didn’t easily fit in (even famous and popular people have plenty of detractors). Knowing well her wild, independent and unpredictable nature, I again cautioned her to be careful not to do anything foolish, reminding her that whatever she did would be on cross-Canada TV. I didn’t know at the time that they were doing the Survivor-vote-off-others thing, but I knew that if she stepped out of line, other competitors would not hesitate to inform the judges. I was a bit worried that she might be feeling somewhat lonely and isolated and might be tempted to go out with her friend again, something that I knew would be frowned upon now that bootcamp had begun. Although I knew she did not want to be a Popstar and would not really care if she got cut, I did want her to give it her best shot. I wanted her to come home feeling satisfied with her own performance and proud of herself. 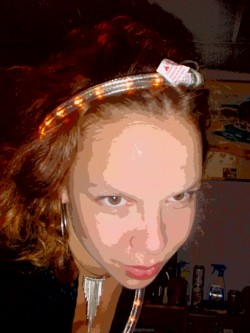 After watching last week’s episode, I asked Amaya why she kept doing everything in that heavy metal, hard rock, edgy, over-the-top style. While she is a wonderful and dynamic heavy metal singer (not my favourite style though, I must confess), she has an incredible, versatile voice and can do so much more, from blues to broadway to pop. I know she had sung differently in the first auditions, but somehow she was not showing it in the few TV clips we have seen of her. She admitted that she really wasn’t singing well at bootcamp, and commented that by Day Three she was getting really tired of everyone else trying so hard to emulate the same “Mariah Carey” R & B vocal calisthenics. Because they were all sounding the same, she decided to go in a completely opposite direction and try to be as different as possible. Before long, she found others were imitating her! …except that many began to cross the line into serious screaming (as was aptly demonstrated last Thursday by Lori, Meredith and Jocelyn).

Even though Amaya had sounded really happy when she called from Toronto that day in September, after we watched the Day Three episode last week, she told me that by that day she had been really starting to question who she was. Although she was getting back in touch with her music and her performing side, the attempts to mould her into the Popstar persona were starting to fracture her sense of self and she was finding it increasingly difficult to fit in.

Pictures, bios, episode summaries, and other information are available on the Popstars website at http://www.popstars.ca.