“Alberta’s apprenticeship and industry training system is one of the best in Canada and is very well respected on an international level,” said Minister of Learning, Dr. Lyle Oberg, noting Alberta has 10 per cent of Canada’s population, yet trains 20 per cent of the country’s apprentices. “We can attribute much of this success to the dedication of our employers and instructors, and in the high-quality apprentices they train.

The Employer of the Year Award of Excellence recognizes employers for their unique commitment to training and their investment in the apprenticeship and industry training system. This year’s winners are L. Robert Enterprises in Fort McMurray, and Kirchner Machine Ltd., in Lethbridge.

“This awards ceremony gives us the opportunity to recognize the excellent work of not only the apprentices, but of the employers and instructors who also play a vital role in maintaining our excellent apprenticeship system,” said Board Chair Cliff Williams. “Congratulations to all the recipients for their dedication and commitment to excellence.”

Alberta’s apprenticeship system combines on-the-job and technical training in more than 50 trades and occupations. There are currently more than 40,000 registered apprentices in Alberta, an increase of 50 per cent in the past six years. The award ceremony will be held at 7:30 p.m. in the Symposium Room at SAIT.

Edmonton… Alberta Learning Minister Dr. Lyle Oberg will explore further possibilities for supporting the learning system through the use of technology while meeting with high tech industry leaders in San Francisco and San Jose California, February 24-25.

“Alberta continues to receive a lot of attention from around the world for the innovation in our learning system. To stay ahead, we need to continue to look at how new technology can further enhance student learning. This will be an opportunity to explore and discuss future trends in technology,” said Dr. Oberg.

Minister Oberg will discuss a potential pilot project with Sun Microsystems, Inc. using its Sun Ray[TM] desktop system. The pilot project would connect the desktop systems to a central server and will investigate the effectiveness of this new technology over the Alberta SuperNet.

Minister Oberg will also meet with representatives from Cisco Systems, Inc. in San Jose. Alberta is looking at expanding its partnerships with Cisco Systems, which already works within our education system. Cisco Systems has already committed a million dollars toward the masters degree program in Internet technology at the University of Alberta and through their Networking Academies and Labs, Cisco Systems Canada provides educational discounts to high schools and post-secondary institutions.

The Minister will also attend the 2003 Worldwide Education and Research Conference in San Francisco. This conference will include education leaders and experts in primary and secondary education technology.

The Minister will be joined by his executive assistant. Estimated cost for their travel is $3,100. 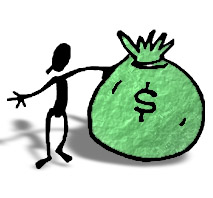