Articles
The Voice
From My Perspective – File Sharing and Privacy 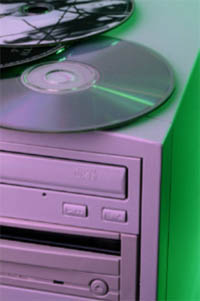 Normally I’m not that crazy about my cable company. They have a monopoly, meaning they can increase rates without necessarily increasing service standards – and there is little we consumers can do about it. Rate increases have been constant during the past few years, and by the time you add high speed computer cable connection, digital cable, pay-per-view, and other assorted services, my cable bill ends up representing a major monthly expenditure.

However, I was thrilled to hear that Shaw Cable is one of the few companies who is actually standing up to fight corporate interests on behalf of their clients – protecting our right to privacy.

This event came about due to the Canadian Recording Industry Association (CRIA)’s attempts to follow the lead of the American Recording Industry (RIAA) in taking legal action against music downloaders. The CRIA has identified usernames, IP addresses and Internet Service providers of 29 Canadians, who stand accused by them of having at least 1000 music files available for downloading. They cannot prosecute these users, however, without their names and addresses. The CRIA has therefore gone to the Federal Court of Canada to obtain a court order obligating the five ISP’s, namely: Rogers, Telus, Bell Sympatico, Shaw Communications and Videotron; to turn over the names of these anonymous users.

The only company who has stated that they will stand up and fight this order is Shaw Communications. Shaw president Peter Bissonnette states that the company takes the position that the CRIA’s request violates the Privacy Act. In addition, Shaw uses dynamic IP addresses that can change randomly every few days, meaning that the information the CRIA is looking for may not be accurate. Shaw cites the Personal Information Protection and Electronic Documents Act (PIPEDA), that states that “an organization cannot obtain personal information from another organization without the consent of the individual.”

In Canada, a levy is added to the cost of blank CDs (and other recording media), an amount that is supposedly given back to the artists who lose revenue through CD burning. This is seen by many as “paying a fine for the potential ripping-off you are most certainly going to do,” presuming all who purchase blank CDs are guilty in advance, and charging all users a music fee even if they are using CDs for other purposes. One writer compares this to buying a car and getting “charged that extra thousand to cover the speeding tickets you were totally going to get anyway” (Cloutier, Ed Online). Another effect of this levy, however, is that downloading and file sharing may not be technically illegal in Canada.

The argument here is not whether file-sharing and music downloading should be outlawed. As a musician myself, I am not in agreement with anything that treats musicians unfairly or prevents them from making a profit from their art. Unfortunately, I do not believe that the actions of the ARIA and CRIA protect musicians. With the exception of a minority who are high-profile and highly-successful, most musicians have never received a fair return for their art. The bulk of the profit from CD sales goes to the recording industry itself, with only fractions of a penny from each sale going to the musicians themselves. Musicians have been exploited right from the beginning of the development of recording technology, and because we do what we love regardless of how much we get paid – this will likely not change soon.

Music lovers are fighting back against expensive CDs that do not deliver value for money, by selectively downloading the tunes they want, cutting out the “middleman” to access the music and the musicians directly. The recording industry, rather than listening to what the customer wants, are bent on forcing the customer to continue to support the old model that protects their high profit margins at the expense of the musicians. Much as I would like to see a change that puts the bulk of the money in the hands of the performers themselves, this is not likely to occur, regardless of who ultimately wins. However, it’s refreshing to have a corporation like Shaw, in spite of being a monopoly similar to that of the recording industry, actually sit up and take notice and respect the rights of their customers.

In the U.S., one cable company, Verizon, also stood up for their customers against the American recording industry, resulting in further lawsuits. In December, 2003, a U.S. Court of Appeals for the D.C. Circuit ruled in favour of Verizon, agreeing that, “attempts by the RIAA to subpoena records from Verizon was an unlawful invasion of privacy” (CRN Daily News; EPIC). This has not stopped the RIAA, however, who have stated that they plan to file even more lawsuits in the near future.

The upcoming Canadian court decision on March 12 will be a test of PIPEDA, and will be watched with interest by all those who support individual privacy rights – particularly as they relate to the online environment. The idea of a corporation standing up for individual consumer rights is still new and strange – but hopefully Shaw will see this one through to the end. Perhaps the example Shaw sets will have a snowball effect and corporations like CRIA and RIAA may start listening to their customers – one can always dream!

From Where I Sit – Not Ready

Making your PC Work for You – PC Self-Upgrade and Repairs, Part 3