Winnipeg – Student debt in Canada is in crisis and continues to be a major concern for The Canadian Alliance of Student Associations (CASA). CASA is alarmed at the statistics on student debt loads presented today in the Millennium Scholarship Foundation’s release “Making Ends Meet.”

The study points out very clearly that debt is increasing and students are taking on many forms of debt. On average, students accumulate $5600 a year in debt; two-thirds of students have at least on[e] credit card, the average balance being $800; and that 44 per cent of students have governments loans, 30 per cent have private loans and 24 per cent have loans from family members. “It’s absolutely critical that governments address this problem of increasing student debt and not only recognize student needs but act on it,” says Erin Stevenson, Communications Officer for CASA. “This study demonstrates problems with student loan policies such as loan limits, capital cost items and expected parental contribution. The list goes on and on.” According to the study, 61 per cent of students receive less than $2000 a year in parental support. An additional 13 per cent receive no support. 74 per cent of students receive less than two grand a year from their parents to go to school.

The study also shows private debt has become a large problem, mainly due to huge tuition increases and inadequate loan programs. “We need to overhaul the Canada Student Loan Program (CSLP),” says Stevenson. “It’s just not meeting the needs of students. For example, when 93 per cent of students have access to a computer at home, it is clearly showing the necessity to
own a computer while in school; yet the CSLP hasn’t modernized its policies to allow students the money to buy a computer.”

CASA has offered solutions to the Federal Government that would modernize the student loan program and make it more accessible for students and future students to receive the money they need to pursue a higher education.

CASA is a federal student lobby organization. CASA is a coalition of 21 student governments representing over 280,000 post-secondary education students nationwide. 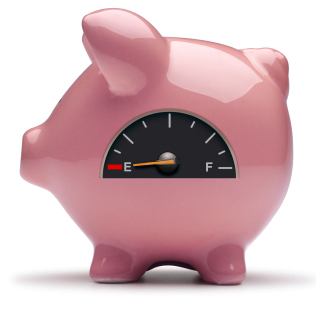