Articles
The Voice
A Portrait Of Autism

From down the hall I hear a noise that sounds like a half grunt, half moan; almost like the revving of a 1981 Ford truck. Upon sight, the destruction of this child radiates throughout the room. Everything is scattered around every corner; from the blue gel filled teething toy, to the soiled diaper beside the bathroom door. The smell of the room is twenty times more putrid than the sight. The child has managed to strip his clothing, a red and white pair of cotton pants and a matching cotton shirt, from his body and he now sits soaking wet in the middle of his plastic-sheeted single bed.

Two deep-set blue eyes gaze at me as if asking for help. “Take away these horrible feelings!” he cries to me. But it is all in my head; he cannot speak. He crawls to the floor and getting on all fours tucks his tiny legs underneath his body. His head comes down, as if to rest on his hands, only he begins ferociously banging his forehead against his clasped hands. He is banging so hard that the whole of his body is vibrating each time contact is made. I make no attempt to stop him, since he is not in immediate danger, and after all, anger (if that’s what this is) is a healthy form of expression. When the tantrum is finished two hands come up and cover his eyes and the groan, that awful groan, begins once more.

My eyes come to rest on the self-destruction evidenced by the scrapes and bruises on his forearm. The bite marks on his hand have turned into dark purple and blue splotches surrounded in a rash that has obviously been brutally scratched. His legs are much the same way, but one foot is turned out which causes his walk to have a slight limp, almost a bump, as if his knee did not bend at all.

I take him in my arms, and try to calm him but it is no use. It is no use because he does not hear me. His diaper is changed and once again he allows me to dress him, this time in a pair of sweatpants that resembles the colour of a bowl of pea soup and a fleece sweater that is as green as the rainforest with a bright yellow stripe, which adds a ray of sunshine to the bleak world in which this child exists. I take his feet, tickling them a little, and cover them with two gray socks, but they are removed when I return with his brush. His golden hair is thick. Strands of it are coated in ketchup from this morning’s eggs.

I take one hand, the left one, and lead him into the kitchen where I seat him in his special chair. In the kitchen is a hot bowl of tomato soup, one of his favorites. After fastening the little silver snap on his bib, I hand him a small spoon and he begins the ritual that has become his mealtime. Spoon after spoon continuously go into the mouth, most of which are half emptied from the ferocious speed. The amount of food in his mouth becomes too much and the thick orange liquid begins to spill out; but the spoon doesn’t stop.

When the spoon is finally returned to me, the soup is all over the bib, face, and hair of this infantile child. However, a grin finally extends from one ear to the other and two eyes are open wide in satisfaction. The hands, which are also dripping in tomatoey goodness, begin to bang on the table in demand for more of the tummy-warming treat.

When we are finished it’s back to the bedroom, which has been cleaned and now smells like bleach (mixed with the child’s excrement), and into the bathroom to remove a whole bowl of soup from the child’s hands, face, and hair. For every inch toward the child the faded blue facecloth gets, the child moves twice as far backward. It’s a challenge, but eventually the bruising and redness of the face are visible beneath his overgrown mass of hair.

My task being done, I leave this boy to his own devices, of which he decides to sprawl out on the floor and chew on the gel teething toy. This boy is 13 years old. He has a cognitive age of less than 12 months. This boy is autistic.

Autism is a neurological dysfunction that usually appears within the first 3 years of a child’s life. The exact features of the dysfunction as well as any definitive cure are unknown. The prevalence of this disorder is approximately 1 in 500 people (STA). The Diagnostic and Statistical Manual – Fourth Edition (DSM-IV), the primary diagnostic tool of mental disorders, uses the following characteristics to diagnose autism (STA):

As well as the possible presence of the following (STA):

The most successful method for treating autism and the related disorders is through a structured and integrative behavioral therapy plan. “Through effective intervention, autistic individuals can be assisted to fulfill their unique potential and lead happier and more productive lives” (STA). 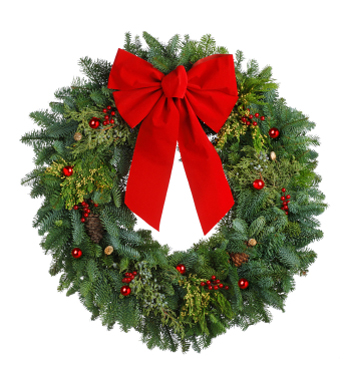 Fiction: God from a Machine