Columns
The Voice
From My Perspective – Single Parenting, My Story [Pt. 2]

My children were small, and for the most part I could immerse myself in their lives and remain satisfied. I wanted them to have the opportunity to develop their artistic talents, so I became very involved in their dance classes by playing piano for ballet, sewing costumes, coaching music – anything that would help pay for their instruction. My life was full and busy, and my daughters were the complete focus of my existence. We spent hours together, travelling to dance competitions, rehearsing in the studio, learning songs and playing music together. They were wonderful hours that built a strong bond between us, a bond that would sustain us in the difficult years that were yet to come.

As a musician I was always being hit on by guys (and women too, but that’s another story). I rejected everyone because I had no interest in a relationship; having been deeply hurt by my ex-husband I was not about to place myself in another vulnerable situation. But being a single parent is a lonely business. It wears on you, little by little. You often have no friends, because the friends of the marriage don’t stand by you. In my case, my ex-husband’s erratic behaviour had alienated most of my friends and I had become extremely isolated during the marriage.

The few friends I did have sometimes made things worse. I remember one instance where a friend and her husband invited me, along with several other couples, to dinner at her home. She no doubt thought she was doing me a kindness, however, for some reason the main topic of conversation at the dinner table revolved around everyone recounting the wonderful things they had done for each other on their wedding anniversaries! I went home and cried myself to sleep that night. There were also other well-intentioned friends who would occasionally have what I came to call “pity parties” where they would invite a group of “lonely single mothers” over. For me, all these events did was reinforce how difficult my life was, that I didn’t belong among “normal” families.

My children, of course, came first, and this is not a relationship that is compatible with dating. I longed for something better for my daughters – a future where we were not subject to the humiliation of having to beg for help from social assistance but had some financial security. A future where we actually had a home that was ours, a life we controlled.

After six years alone, I met a man who drew my interest for one particular reason. He was a single father who had fought long and hard for custody of his small daughter. I respected him for this, for his caring and his placing his daughter first in his life. After many months I agreed to a first date, and some time later, I finally married for the second time, believing that I could perhaps offer my daughters something better in life. I’ve since learned from my psychology courses that children of divorce have better developmental outcomes if the mother becomes involved in a stable male relationship. This is what I hoped for when I remarried, but it was not to be.

Second marriages that attempt to blend families are extremely challenging (what an understatement!). We took five girls and tried to create a new family, one that took his daughter, an indulged and spoiled only child, and plunked her in the middle of my four daughters. Add to that the presence of an ex-wife who suddenly expresses an interest in a long-abandoned child:.add to that cultural and religious differences (yes I once again married outside my religion and culture):.add to that complete family rejection on both sides:.and it’s a wonder we lasted as long as we did!

It was nice to be married again, though. A mate to share your problems with. Having friends over, entertaining and going out. Having a male authoritative voice when you needed to take a firm stand with the children. A partner to keep you warm at night, to dispel the loneliness. Eventually, however, the external and internal pressures became overwhelming, and after eight years I found myself once again a single parent, left to support my daughters on my own.

This time it was much more difficult. My marriage had resulted in alienation from my family, and now they were even more conditional in their support; more aggressive in their attempts to control my life. I had been out of the work force for years, and I had no clue where to even start. I had a huge debt load, with bill collectors at my throat. My days as a musician had come to an end when I remarried, and I went to dozens of secretarial agencies in hopes of finding some kind of work, determined to not ever again return to the welfare trap.

Eventually I found a job with an oil company, one which I jumped at because it represented some security. However, it was a job at which I was made to feel absolutely worthless and expendable, a job where my immediate supervisor was barely out of her teens. I was so discouraged and felt so low that I would go to work crying every morning, and come home the same way. This went on for two years, during which time my car finally broke down and I was forced to take a two hour bus ride back and forth. I would often leave in the morning at 6 AM, not returning until almost 8 PM:my daughters neglected, my energies sapped, and my hopes and self-esteem at rock bottom.

I remember one day my sister-in-law (not a nice person, but you don’t choose your in-laws!) cruelly mocking me, after I had revealed my week’s salary to be $200. She laughed and said “I can make more than that in one day as a nurse”. It was a valuable reminder that education and a degree can make all the difference.

A few months before my marriage broke up, I had finally realized my dream of returning to university. I ambitiously had enrolled in three courses at Athabasca University, but in the fallout from my marital problems and the resulting financial stress, I was struggling to keep up. My children were no longer small, and I was now coping with teenagers and adolescent rebellion. Although I would drive my daughters to school each day (until my car broke down), there was no way to guarantee they would stay there. Little by little my daughters started to react to the new lack of family stability and guidance.

They had not been that eager to see me remarry, but the marriage had contributed a level of stability and security that was no longer there, especially since I was now away for more than half the day just trying to make a living. In addition to dealing with my own stress over trying to cope financially and emotionally, I now had major adolescent rebellion problems to face – alone.

I had been fighting depression on and off for some years, but now it took hold and I sunk into a profound depression. For weeks at a time I would drag myself to work, then come home and retreat to my bed, unable to face anything else. I felt completely alone, hopeless and helpless. My years as an entertainer had taught me to be a great actress – I would put on an excellent front in public, then come home and collapse. I had no control over my behaviour, I was lost in depression and had insufficient resources to conquer it.

My oldest daughter bore much of the burden of trying to help her younger sisters, and my youngest daughter became my rock. She would put her arms around me and cuddle up to me as I sat crying hour after hour, reassuring me that she loved me and needed me. My middle two daughters responded with outright rebellion. They didn’t understand what I was going through, nor did they understand the nature of depression. No one did. They felt as helpless as I did, and it took its toll on our family.

We endured over two years of this hell. Our power and our phone were cut off, and I fell further and further into debt. One day at work my manager called me into his office. He was just a temporary manager, and he never liked me much from the beginning. However I was totally unprepared for his announcement – I had been laid off!

I was in shock. In all my years of working I had never experienced this. In my depressed state it could have been the final nail in my coffin. But it turned out differently.

Next week: Conclusion & reflections for the future. 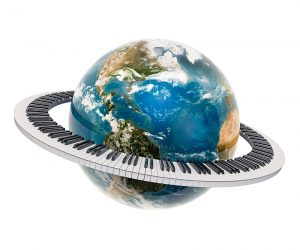 How Music Unites Us 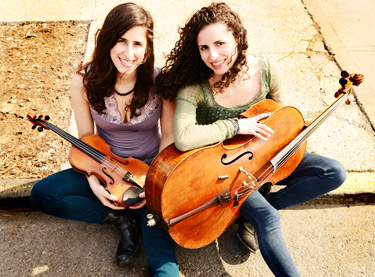 Fiction Feature – On Being